A Complete And Informative Overview Of iOS Platform

Home » Blogs » A Complete And Informative Overview Of iOS Platform

What is iOS? Let’s have the iOS platform overview. iOS is Apple’s proprietary operating system that runs on the iPhone, iPod Touch, and iPad.

Cocoa Touch frame and various user interface components are specific to iOS. Here are key features of the iOS platform include :

Let’s begin with a general overview of the iOS platform.

How Is iOS Platform Better Than Any Other Platform?

Developing on the iOS platform is faster, easier and cheaper. The development time for an android phone app is 30-40% more than iOS. One reason IOS is easier to develop is because of the code.

Android applications are generally written in Java, a language that involves writing more code. However, the official programming language of Apple is Swift. Swift is easy to write and execute. Correspondingly, it takes lesser time than any other platform.

Android is an open-source platform. Thus, a lack of standardization means more devices, components and software fragmentation to account for the android play store.

iOS’s closed ecosystem means that it is developing for a few standardized devices and operating systems. Thus, the iOS application store has strict rules and expectations of quality and longer review process, which can take longer for applications to be approved. Also, your application may be rejected even if it is not up to Apple’s standards.

As a matter of fact, 1 billion iOS devices sold as per the announcement at the start of 2015

Identically, iOS is the operating system that powers the iPod Touch, iPhone, and iPad. Additionally, it powers the Apple TV. 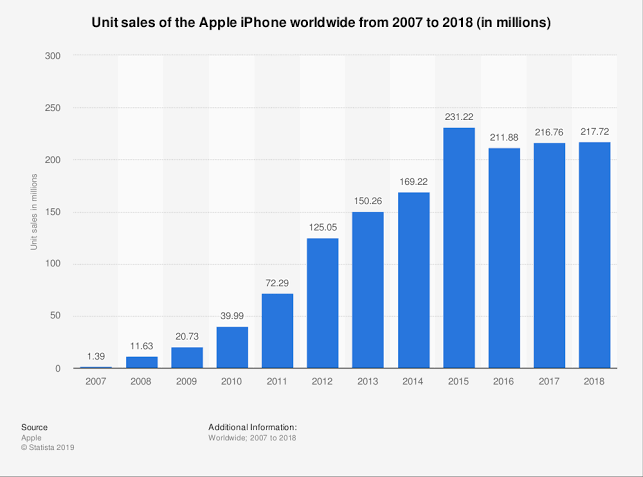 There are currently over 1 billion iOS devices that have been sold. Thus it is rather an incredible number especially considering the platforms have only been available for a few years.

It’s the new market of India and China that will take this market to an even greater number in the many more years to come.

As of now, there are over 1.4 million apps available on the App store. This has been a very popular platform for developers.

These interfaces make it easy to write applications that work consistently on devices that have different hardware capabilities.

Lower layers provide basic services to all applications. Likewise, it is based on the upper layer level and gives a sophisticated graphics interface and related services.

Apple provides most of its system interfaces in special packages called frames. A frame is a directory that contains a dynamic shared library that is filed, such as header files related images and helper applications needed to support that library resources. Thus, each layer has a set of the framework that the developer uses to build applications. Here is the layered architecture of the iOS platform.

Cocoa Touch is a user interface framework. It is used for building software programs to run on iOS.

It provides an abstraction layer iOS, the operating system for the iPhone, iPod Touch, and iPad. Similarly, Cocoa Touch is based on macOS set of API tools and cocoa, as it is written mainly in Objective-C language. Thus, Cocoa Touch allows the use of hardware and features not found in Mac OS computers and therefore are exclusive to the range of iOS devices. Furthermore, Cocoa Touch follows the architecture of the Model-View-Controller (MVC) software.

Cocoa Touch contains a different set of control elements graphics from cocoa. Thus, tools to develop applications based on Cocoa Touch applications are included in the iOS SDK of iOS platform.

Support for touch and motion event. 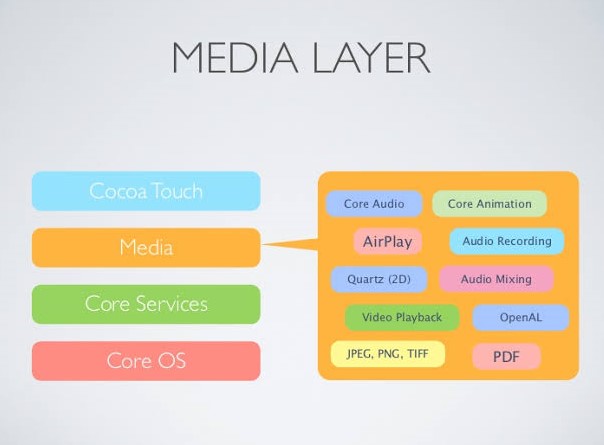 Core services layer. Some of the major frameworks available in the layers of basic services are as follows:

The core layer OS is the last layer of the stack and IOS is directly on top of the hardware device. Likewise, this layer provides a variety of services including networking low-level access to external accessories and usual services such as memory management, file system management, and basic operating system threads.

The core layer of the operating system has characteristics of the low level that most other technologies are based on :

So, to keep it short, it is a very SIMPLE level of functioning at the top layers (Cocoa Touch) and as we move down to Core OS, the amount of code that we write and the complexity of the code generally increases.

iOS is becoming a trending platform today. Building an app on the iOS platform can bring you a lot of revenue. Also, iOS apps are used by potential customers. Thus, besides popularity, it can bring you monetary benefits as well.

You can contact our team of developers. At Echo innovate IT, we can help you build an app on various platforms. Contact us today!