Swift vs Python: Which of them is more promising 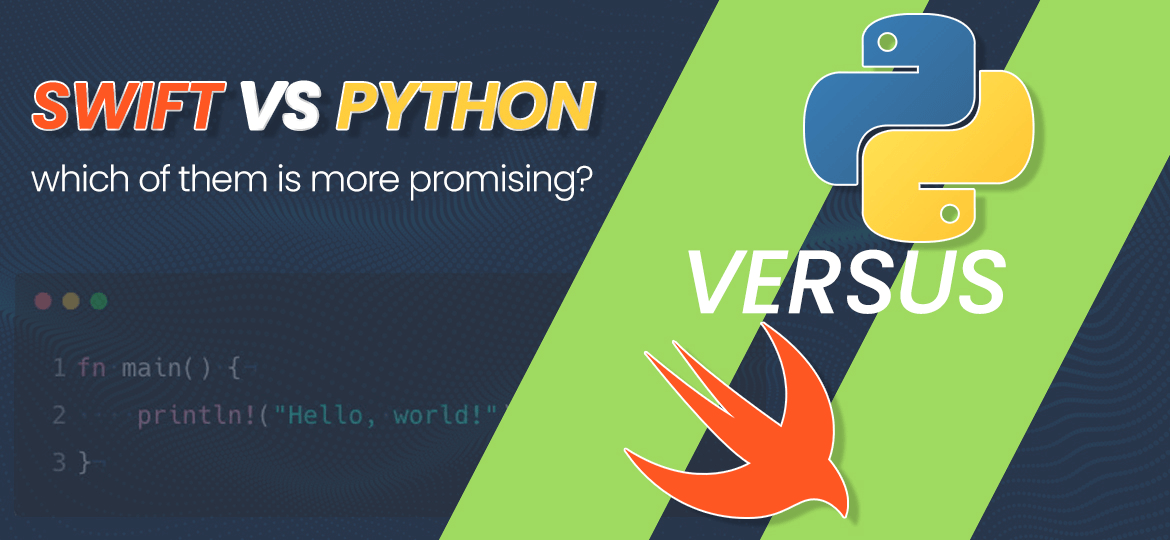 According to recent statistics, python is in the first place of the most popular languages and is more welcomed by developers. Then what about swift? It is also very popular as python and it tends to be the next fastest-growing language after python.

Whatever it is, it is important to know the differences and the similarities between python and swift. With which you can make a decision and choose one to build a product of your own. This article will provide you with information about both the programming languages and from that, you can decide for yourself which of them is a better fit for you. 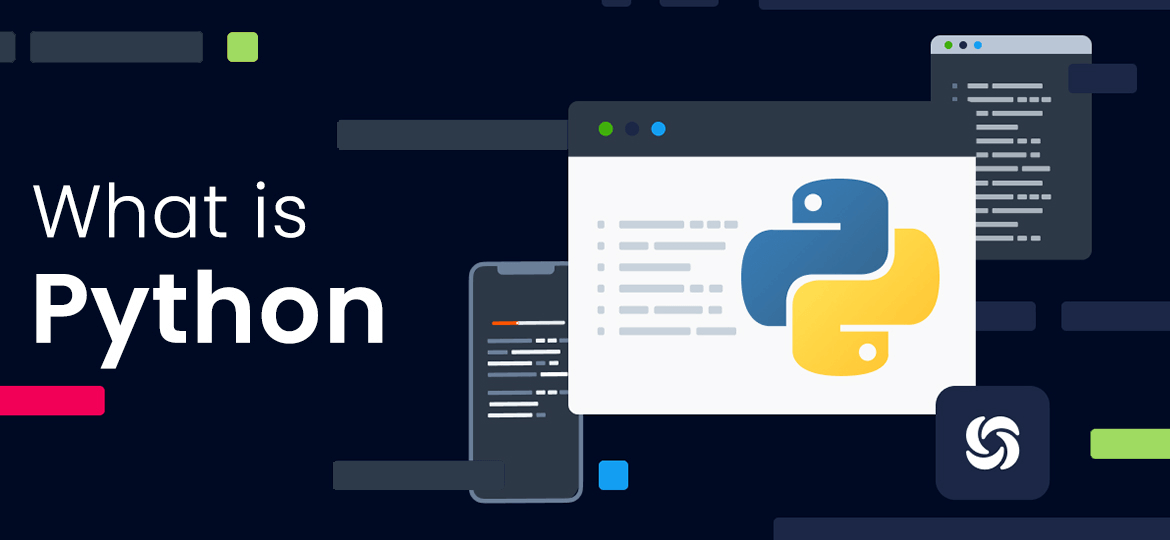 Python was introduced in the late 90s and still, it maintains its worth and has become one of the favorites of all times. At the end of 2008 python 3.0 was released and it had undergone a long of testing procedures before the release. When comparing the previous versions, this was a big makeover and it is so appealing to the developers.

When this language was released, it was used to write the automation scripts and the prototype apps. But later it became useful for more and more purposes starting from machine learning, data science to back-end development.

What do you use python for?

The great number of use cases can explain the python language’s popularity.

Why are more developers moving to python? Already it is mentioned that python has a wide range of use cases and now it’s time to become familiar with the other strong sides of this programming language. Some of the advantages of python are given below.

The main benefits of learning python are its code simplicity and readability. This programming language looks like a simple English language and it is not a verbose language. Therefore, it is very easy to use and read by everyone. This language is more suitable and is a good solution for beginners who want to get to know a programming language. This tells the developers how to format the code and by this, it can be easily understood by another python developer regardless of their skill level.

This is object-oriented and also a procedural language. The support of the procedural paradigm allows reusing the code. In the object-oriented methodology, enables multiple inheritances and encapsulating data and functions into one.

With python, you can download and change its source code and be a so-called open-source. This helped to build a strong community.

Integration with other languages

This is an extensible and embedded language. With this, it becomes easy to integrate it with C, C++, and Java applications.

This is compatible with the various platforms. In this, the code stays even when you want your project to run on another platform.

A plethora of libraries

This is a very productive language and the developers due to the simplicity of python can focus more on solving the problems. The programmers need not take more time to understand the syntax or the behavior of their programming language. You can write fewer codes and achieve more by doing more things. 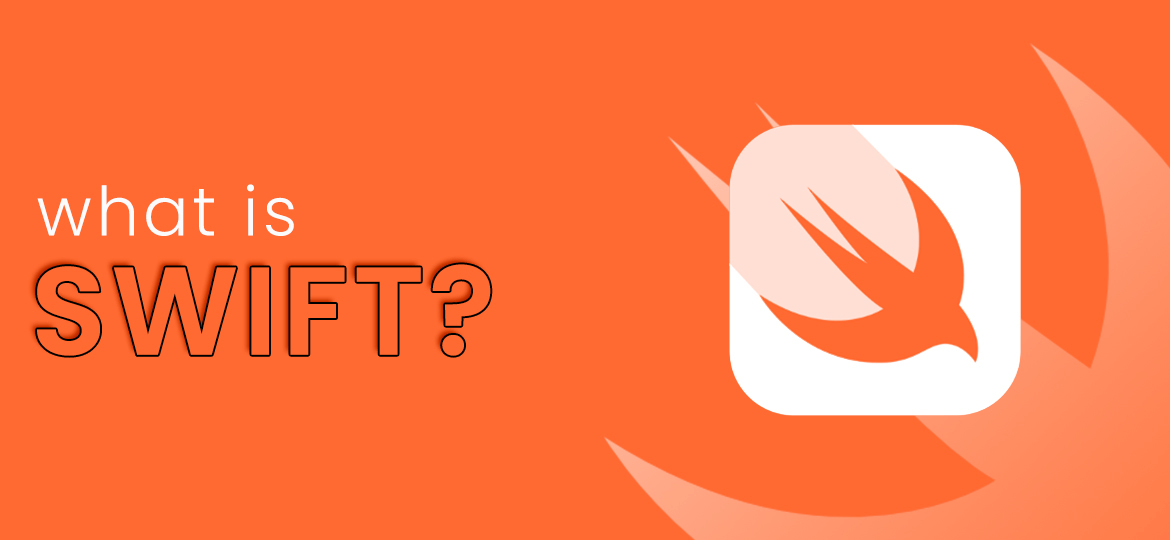 Use cases and their popularity

In the top 50 programming languages, Swift is in the 11th position. As you know swift was developed by apple, it is used in the creation of applications for iOS, software for macOS, and even tvOS. This programming language continues to get better and the apple team introduced swift 4. In early 2019, Apple also announced swift 5.

Apple has done its best to create an easy and powerful programming language for developers. The large list of benefits of swift includes,

Swift is a very strong and safe programming language. This is because it is a language that requires static typing and it enables the programmers to quickly find the bugs before compilation and fix them immediately.

The automatic reference counting tracks as well as manages the applications’ memory usage. With this, the developers need not waste time doing it manually. Therefore, they can build applications in a very short time.

At the end of 2015, Swift became open source and this had a major impact on its popularity and it has become Github’s most loved language.

As it became an open-source language, Apple made its next step forward in making its brainchild cross-platform. Now, this is available in Linux, and it will also be available on windows.

The RTL makes it possible to write programs using swift.

Which one is better for you: python or swift?

Now you have to know the sides of each language. It is time to move forward and think about choosing which language is better for you.

Swift VS Python: What python and swift have in common?

As you know swift and python are completely different programming languages, but they still, have something in common. B the first thing is the simplicity where both the languages have clear syntax and it resembles simple English language. Herewith python and swift the developers need not worry with the semicolon.

Both the languages have a RELP environment and this facilitates finding errors in code and while debugging. They both are multi-paradigm and they have the additional tools to make the learning process easy and pleasant.

People use these languages for various purposes. Like how swift is perfect for developing software for the Apple ecosystem, python can be primarily used for back-end development. The performance of the swift and python vary, swift tends to be swift and is faster than python.

The fact of choosing python or swift for coding mostly depends on your purpose. If you are developing applications that will have to work on Apple OS, you can choose swift. In case if you want to develop your artificial intelligence or build the backend or create a prototype you can choose python.

FAQ’s of Swift Vs Python

How is Python’s fast different?

SWIFT is a very written language that makes intensive use of type inference, although it can declare explicit types. Python is a dynamic language, so although there is a type system, it is not evident in the syntax.

Which companies are using Swift?

You May Read This Also: