Vue.Js Is Good, But Is It Better Than Angular Or React? 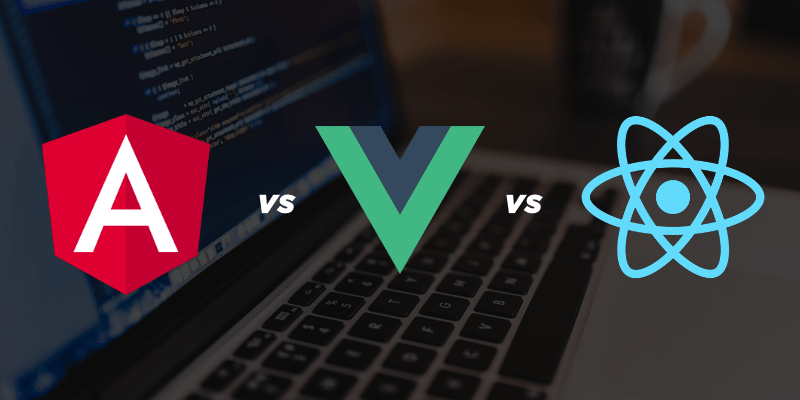 JavaScript is one of the most popular coding languages used by many business organizations all around the world. This is because, whenever you are working with JavaScript, you can develop the code at an extremely faster pace with the help of updated versions like Angular, React, or Vue. JS. So here is the comparison of angular vs Vue vs react for you.

Even though angular, and react are having notable benefits, Vue.js is the best player in the JavaScript programming languages. All these tools are offering different types of approaches to web products. And each of the updated versions used in different streams of business organizations. Here is all about the comparison between Vue.js, angular, and react.

There are many reasons available for choosing the Vue.Js and React for the developer landscape. Here is the list of things that make so much demand in the market between Vue.js and React.

One of the major drawbacks of the other coding languages is, whenever you alter in the regular DOM, you have to go for rendering the whole page. But if you use either Vue.js or React, they update the changes in the objects and save the time and resources consumed by heavy DOM.

Components based on UI development

The main reason for using Vue.js and React is because of its considerable libraries of components, which you can use to facilitate the code to reuse, improve productivity, and increase the development process.

Another major cause for Vue.js and react demand is focusing on the view library. Whenever the library is focused, it provides separate concerns for routing, state management, etc.

According to the State of Js 2018 Survey, Vue.js does something right. Vue positions not only offer similar average salaries as Angular salaries, but the number of developers abandoning Vue.js after trying it out is a lot smaller than the number of Angular developers who want to abandon Angular.

The angular is a mammoth version, while the vue.js is effectively used in many developing areas. There are many tools available in Angular, but it is available with the complex syntax function compared to Vue.js. On the other hand, Vue.Js has a simple syntax and is easier than angular. Whenever you are going to deploy Angular as the future programming language, you should not get the expected results and outcomes. And so, it is recommended to install Vue.js for your business organizations, in order to have a result for a prolonged duration.

Pros of Vue.js, React and angular

Even though different frameworks are used in different business organizations, you can select the best framework based on your organization’s needs and requirements. The following are the benefits of Vue.js, react, and angular.

Whenever you are working with Vue.js, it empowers HTML. This means that Vue.Js contains characteristics similar to Angular, and with the help of empowered HTML, the developers can able to optimize the HTML blocks that are handled with the use of different components.

One of the notable benefits of using Vue.js is you get information in detail about documentation. This is because; Vue.Js is available with circumstantial documentation that enables the developers to fasten the learning curve. In addition to this, it saves a lot of time to develop the application with the help of basic HTML and JavaScript knowledge.

Another important advantage of using Vue.Js is adaptability. Whenever you want to switch between different frameworks, you can go with Vue.js. This is because; it contains the identical design and architecture of angular and react.

Vue.js usually weighs around 20KB, by maintaining higher speed and flexibility. Though they are smaller in size, it offers higher performance, when compared with other frameworks.

Vue.js helps the developers to develop large reusable templates within the same time allocated for the creation of a simple structure.

React is one of the frameworks that are easy to learn and consist of simple design. It mainly uses JSX, which is an HTML-like syntax for the creation of templates.

Whenever you want to create the framework-specific code at a reduced time, you can go for it.

When you want to have efficient support for server-side rendering, you can go with the react framework. It is one of the powerful frameworks used to create content-focused applications.

React frameworks are able to support the progressive Web application, which results in reducing the loading time of the webpage.

Whenever you are working with react frameworks, you can implement functional programming concepts, and create highly reusable codes.

You can easily and effectively apply the skills learned from the react frameworks to the React Native development.

If you create an angular framework, it is used along with the typescript and is available with exceptional support.

It consists of new features like angular-based NPM libraries from CLI, generation, and development of web components.

It is available with detailed documentation, which allows the developers to get useful information about angular. But in order to understand the concepts, it needs more time and effort.

Angular is available with MVVM, which is nothing but a Model-View-View-Model. It enables the developers to work separately on the same application section with the help of the same set of data.

Angular is available with dependency injection of features related to the components. Its structure and architecture are exclusively designed to improve the scalability of the project.

Whenever you are combining Vue.js with other tools, it becomes an excellent framework for web applications. However, Vue.js is not new for the custom development software domain, rather it was released in 2013, and now it is one of the most downloaded frameworks in software technology.

The greatest benefit of using Vue.js, when compared with react and angular is the absence of pedigree. In addition to this, Vue.js is one of the fresh and has little baggage framework that learns from the mistakes made from react and angular. Another significant benefit of using Vue.Js is lightweight and easy to learn. Even though it is available with basic documentation compared to angular vs React, Vue.js is powerful.

Winding-up : Angular Vs Vue Vs React

I Hope, you get to know about the Vue.js specialty and how it is better from react and angular. You can make use of this article and choose the best JavaScript framework for your business organizations. Install the best programming language and enhance your organization’s growth.

App Like Waze : Ideas To Keep In Mind Before Making A Navigation App