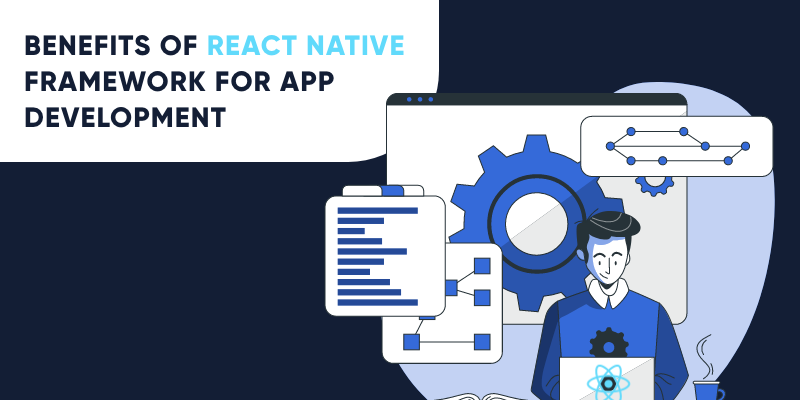 In 2015, Facebook developed React Native, first for iOS, then Android later in the year. A framework brought into action using which a mobile application can be crafted on two platforms at once, along with retaining the native look, feel, and productivity of an app built on the specific iOS or Android platform.

The React Native framework is widely popular among mobile app developers and is also used by some of the giant tech brands like Skype, Walmart, Airbnb, Adidas, Tesla, Instagram, Facebook, etc.

Let’s have a look at the benefits of React Native for mobile app development in detail.

React Native is an excellent programming framework built by Facebook that enables developers to create full, native mobile apps for both iOS and Android platforms with the help of a universal programming language called JavaScript. As per Facebook’s React Native site, “The same fundamental building blocks are used by React Native as regular iOS and Android apps. And those building blocks are put together with the help of JavaScript.”

React Native enables developers to reuse the code over the web and on mobile devices which makes it a better framework. While working with React Native, app developers are not required to develop the same app for iOS and Android from scratch whereas they have an excellent option of reusing the same code.

Another great thing about React Native is the very minute difference between an app that is in a device’s native code (Objective-C or Java) and one in React Native.

React Native is an open-source framework. It is community-driven and encouraged by lots of developers. They tend to support the framework with their knowledge and expertise.

Therefore, you can get great opportunities if you are launching a new project or seeking a job opportunity. React Native is gaining popularity and will continue to grow in the upcoming years.

React Native is a JavaScript-based framework. Therefore, developers who have knowledge of JavaScript can easily craft mobile apps with the help of React Native. This saves time for developers and eliminates the need for developers to learn complex languages like Objective-C and Java for building an application.

Moreover, developers are not required to develop the same application again for another platform because JavaScript components are built on iOS and Android components. React Native mobile application development framework is a great option for businesses as it saves time, effort, and money.

How does React Native Work?

First of all, there is making of a layout using the codes in the JavaScript thread. This layout calculation is then offloaded to the shadow thread which constructs a tree of this layout using a layout engine called Yoga.

The communication between the two threads happens through a React Native bridge which serializes the data in JSON format and transfers it to the UI (main) thread after receiving the rendered markup from Yoga.

The main thread then renders the UI after deserialization and completes the mapping from the browser to React Native. 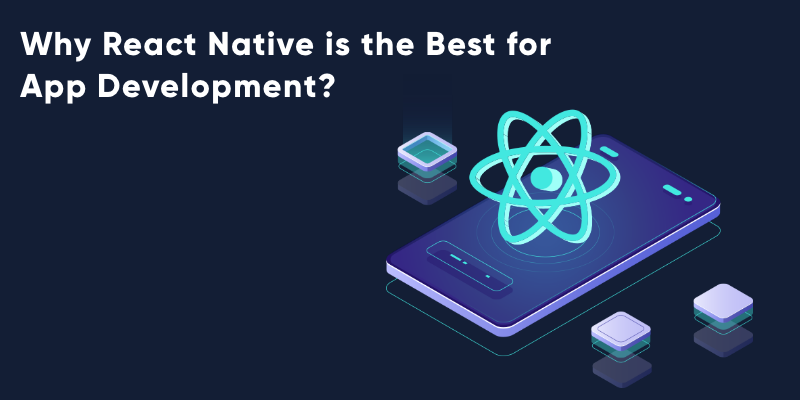 React Native has some emphatic qualities that keep it in the league of its own. For example, if you wish to develop an app through this framework, the app developed will be indistinguishable. The app will be as real if coded in React Native as it will remain in Objective-C or Java.

Developers do not have to create different codes for Android and iOS platforms while working with React Native. Javascript, a universal programming language is preferrable both platforms.

Additionally, existing open-source libraries and UI speeds up the mobile application development process. However, if a company already has a web app on React, the code is reusable for developing a mobile application.

React Native apps enjoy the perks of the graphics processing unit (GPU) instead of using the central processing unit (CPU). This makes them much faster than cross-platform hybrid technologies.

React Native offers the developers an interface using which they can easily jump to the part where someone else left off and can continue editing further.

Hence, it improvises the flexibility of the team and makes it easier for developers to upgrade and update the mobile applications. Increased flexibility results in saving time and money.

React Native components map 1:1 with native development ones. Hence, it aids the developers with faster interface designing, better agility of the app, and developing an authentic, native feel that is impalpable from the native app.

React Native is well compliant with native software and makes the integration of existing code simple, this is why it’s perfect for the addition of extensions to the pre-existing native application.

For example, if you want to integrate Google Maps into your application, React Native gives you the ability to link any plugin with a native or third-party module.

Also, you can get answers to your queries with the help of Reactiflux chat along with a huge number of tutorials available on React Native.

Another very good benefit of React Native is the “live reloading” or “hot reloading” option offered by it that lets the developer view the changes that they have made to the code recently in a simultaneous live preview window. Hence, real-time feedback results in a huge advantage for the developers.

Publish Updates for Your Apps Faster

As a matter of fact, the update process for any application takes a lot of time as the developers have to go through the build process of the applications from the start. React Native has simplified the updating process.

Moreover, both the apps can have their upgrade at the same time, the entire process has become easier and quicker with its aid.

As you create improvements and updates for your users, developers implement them through over the air (OTA) updates, which take place even as users are using the app.

The update is ready for the user whenever the user opens it the next time. Hence, you need not work manually over the app updates through app stores and have approval by Apple or Android which will ultimately save a lot of time and make the process much more efficient.

If you have an existing app and you want to augment it in a cost-effective manner then you can insert the components of React Native UI into your existing app without even rewriting the application.

Hence, it turns out to be a blessing for times when you want to augment your application without writing it completely.

Not to mention very strong community support is provided by React Native. There are almost 2000+ contributors worldwide with a sum of around 85000 stars on Github. Also, it has a huge contribution is. The market leaders prefer the framework. Companies like Software Mansion, Microsoft, Callstack, Infinite Red, etc. are a part of the coveted list.

You can also visit sites like Native Directory and JS.coach for assistance related to React Native application development. These sites have too many libraries created by the React Native developers’ community.

You can also look for assistance on other platforms like Reddit, Codementor, Stack Overflow, etc. You can also seek assistance from the React Native Facebook Group if you are in search of more options.

Additionally, Reactiflux Discord and Spectrum Community are available too. Hence, a lot of assistance is already available. Thus, developers can easily work with React Native.

A cross-platform mobile development framework that enables developing apps using only JavaScript. With this app framework, you are building a mobile app that is different from other applications which have Java, Swift, or Objective-C.

What are some benefits of React Native?

If you wish to develop a multi-dimensional and user-friendly mobile app then you should definitely go with React Native. For mobile application development, React Native is flexible, cost-effective, and capable of providing great results.

Bootstrap Vs. React: A Comparison of 11 Principal Components

Travel Business Ideas: A Detailed Guide For Travel Startup in 2022