Flutter vs Nativescript: Everything You Need To Know in 2022 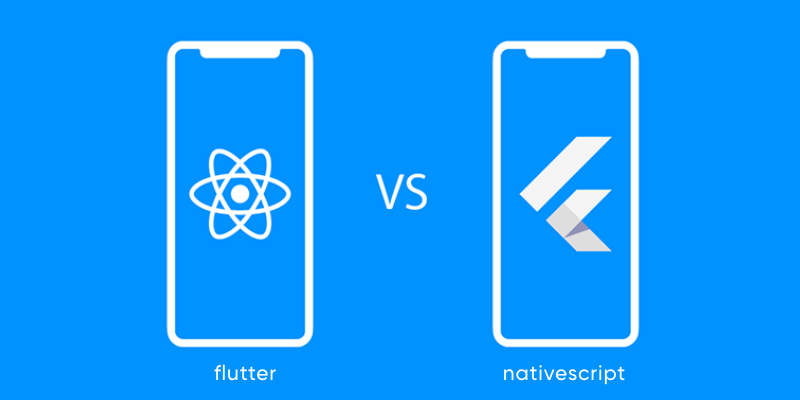 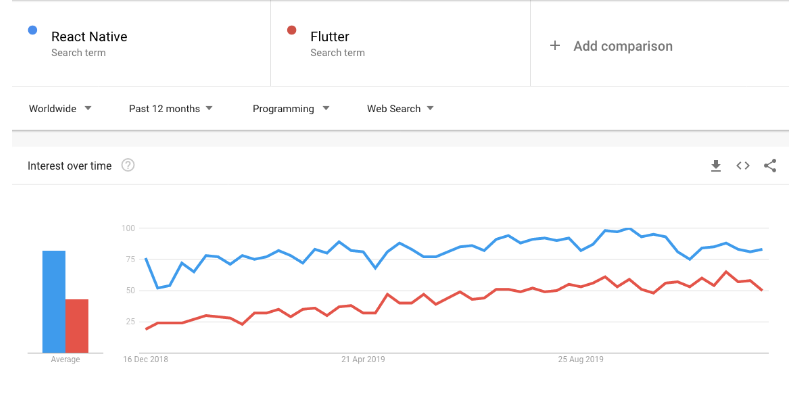 Nowadays, people are looking to develop apps more quickly at less cost where extremely searching for which framework fits their app idea. Again, choosing a framework with extreme features, understandable architecture at a manageable size is not as easy as it seems. Of course, making a choice between Flutter vs NativeScript is hard to decide because both are fundamentally strong frameworks that provide an excellent native user experience.

Notably in this article, you can know the difference between Flutter and NativeScript.

Uniquely, Native apps take advantage of specific features of an operating system of a device, unlike other cross-platform applications.

Further, this functionality is beneficial for native mobile app projects as it uses the full potential of the device features.

Flutter is a framework developed by Google, to build native apps it offers pre-configured widgets and modules.

On the other hand, NativeScript is a javascript-based framework that offers complete native-like functionality with multi-platform compatibility options.

As a matter of fact, apps that are built by using this framework are coded with Vue, Angular, and Typescript.

So you may wonder which frameworks are best to adapt, economical, or expensive?

In some aspects NativeScript and Flutter are similar, but they are different in terms of architecture, system components, size, cost of development, and more.

Moreover, here you can know about the difference between Flutter and NativeScript and decide which framework suits your project expectations and expectations.

Flutter is an open-source framework made by Google. It functions with a language called Dart. Its enhanced toolkit is used to build cross-platform applications.

Nevertheless, it is accessible to develop expressive and flexible UI with native performance.

Additionally, it is supported by a team of Google developers and the community.

Use cases of Flutter 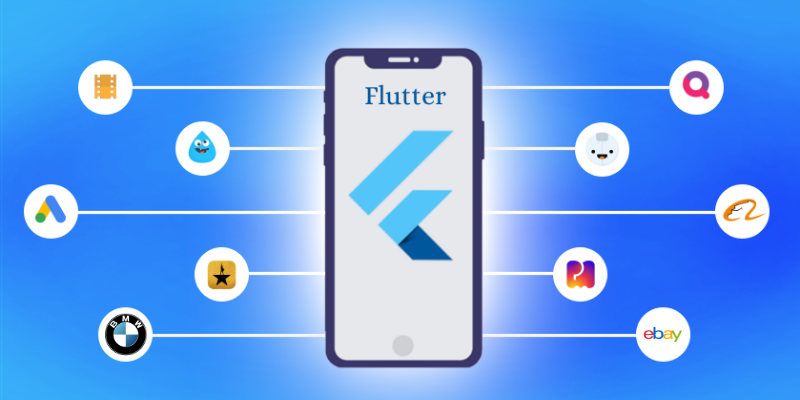 NativeScript is an open-source framework that builds cross-platform applications with Typescript, JavaScript, Vue, js, or Angular. From a single codebase, you can develop native mobile applications of IOS as well as an android.

Use cases of NativeScript

Benefits of Flutter vs NativeScript 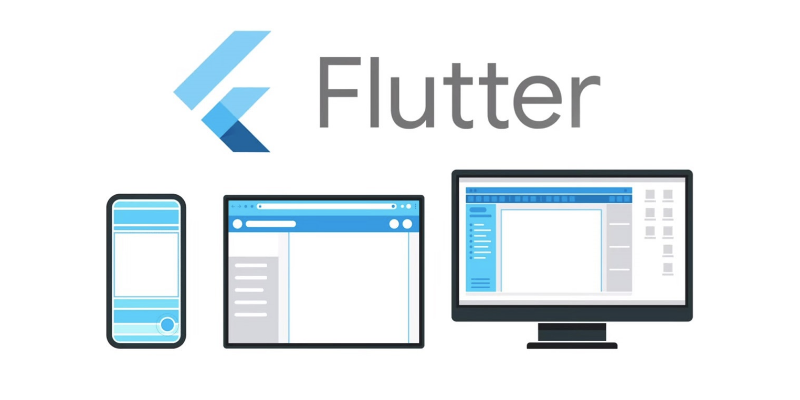 This feature changes the application state immediately  without losing

It integrates with Java for Android and Swift or Objective C for IOS, so re-writing code is not necessary

Testing is required only for one single codebase where it offers quick iterations cycles that saves time.

Across platforms, codes can be written and shared easier and faster that makes it perfect for MVP development.

Through native components with the native performance, it accesses Native device API

To all kinds of IOS and Android APIs, it gives complete and direct access. It offers accessibility and allows the reuse of free plugins, Android SDKs, and CocoaPods.

It allows developers from adding a platform to deploy apps to a specific platform or device. In this, the installation of plugins and app debugging is quicker and more comfortable.

Performance is extremely important to consider when building complex and large projects. In terms of performance, let’s compare Flutter and NativeScript.

Flutter offers better performance than its arch-rivals. Due to the default availability of native components, it does not require a bridge to communicate between the native modules.

The hello world app performed at 60 FPS where its performance test indicates that the time taken to render each frame does not take longer than  16 milliseconds.

Fewer the number of frames that got dropped. Flutter uses the Skia graphics library, it allows the UI to change each time when it is time to redraw.

So, this is the way the Flutter performs efficiently even at 60 FPS.

In addition to that, to maintain a balanced frontend speed for fast performance this framework provides the ability to offload certain types of long-running processes.

Through the multiple-threading model, the ability to offload in NativeScript is achieved.

Framework performance improvement depends on the use of specific best practices.

To optimize performance and tracing of execution time within an application some of these practices include merging manual tool instrumentation.

Firstly, whenever you are choosing a framework to develop an app, it’s important to choose flexibility. Secondly, you should avoid any strict enforcement of architecture and guidelines.

Besides, you should always treat a framework as a guide and not as a method and standard. Flutter and NativeScript are flexible in terms of architecture.

What kind of architecture does Flutter support?

Flutter’s architecture framework hierarchy starts with a top-level root function or platform-specific widgets. In addition, it interacts with the platform and rendering layers and is followed by basic widgets.

The animation gestures beyond the rendering layer transfer API calls to the foundation of the application. It is run by a C/C++ engine and a platform-specific embedder, also known as Scaffold.

If you want to separate business logic from the presentation layer, you should implement Flutter BLoC.

What kind of architectures does NativeScript support?

Know that NativeScript follows the MVC or MVMM architecture pattern. Its framework is widely used on modules, CLI, and plugins. To enable a set of features the structure of NativeScript is composed of multiple modules.

Root Module and Page Module are the two essential ones that make up the architecture. 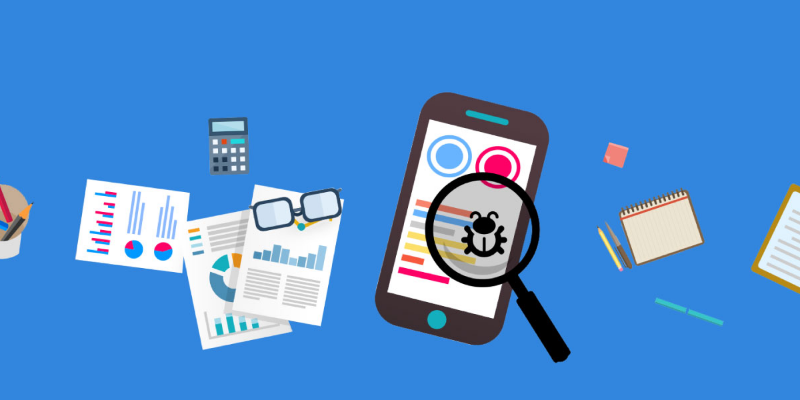 With this in mind, your application development project should be able to work without a glitch under continuous, high load, and growing market expectations.

For this reason, to ensure compliance with the UI standards, compatibility, and usability your project needs to grow through a series of tests. When compared with testing, here is how Flutter vs NativeScript stands out.

How Easy to Test a Flutter App?

Flutter functions with Dart; it offers extensive support for automated testing. It not only offers several testing features but also boasts detailed documentation of it.

Respectively, Flutter’s robust help to build and release Android and IOS apps on the Play Store and App Store. In addition, there is an official document.

How Easy is it to Test a NativeScript App?

It directly integrates unit testing into the default CLI to support testing tools such as Mocha, Jasmine, and QUnit.

FAQs of Flutter vs Nativescript

Why flutter is better than react native?

Flutter is Google’s open-source SDK for creating apps for Android and iOS using a single codebase. Provided that it is one of the best solutions out there to build cross-platform apps.

Given that both are good frameworks to develop the app. However, some people predict that Flutter is the right platform that will rule the industry in the upcoming years.

Obviously, the success of the frameworks depends on the needs of the apps and the convenience of the app developer.

Being that when you are working, analyze and choose the platform which is best for your project.

Which framework will help your app work smoothly?

Here’s a list of frameworks that will help your app work smoothly:

It may be any of the platforms like Flutter or NativeScript. From a different perspective, both app developments are the best tool.

Equally important its different features show efficiency in their own way. Both are good frameworks to develop the app.

However, some people predict that Flutter is the right platform that will rule the industry in the upcoming years.

Obviously, the success of the frameworks depends on the needs of the apps and the convenience of the app developer. When you are working, analyze and choose the platform which is best for your project.

15 Best Travel APIs to Help You Build a Great Product

How To Turn A Website Into A Mobile App?