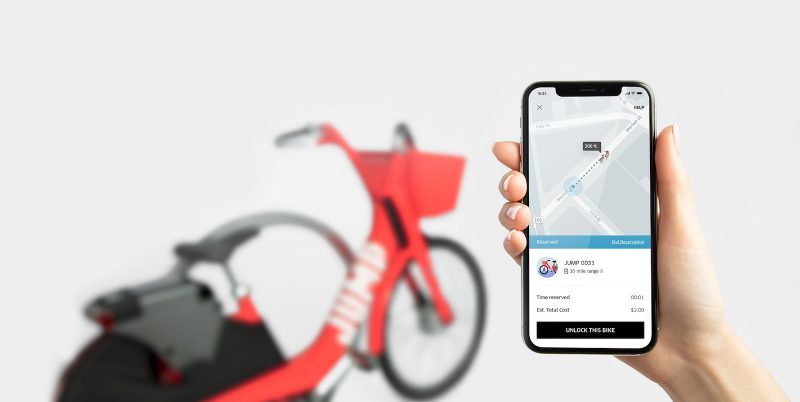 Returning to the memory lane, which was always a happy sight to see people walking to cycling for short trips around town. Bike-sharing apps can help go down this memory lane.

However, with the honking of thousands of cars that have been replaced completely.

It is often said that history repeats itself. In the same way, it is safe to say that the old days are back.

Yes!!! So after hailing taxes and car-sharing, now is the time for mobile applications for sharing the bike.

This service introduced recently won the instant attention of the crowd, who are enthusiastic about the ease and accessibility offered. People are loving this new transport means by renting a bike easily.

This trend of cycling for trips close working and other short trips around the city are reaching everywhere the role of small towns to metropolitan cities.

The latest report says, in the last few years, an immense rise has been noticed in the bike-sharing service. 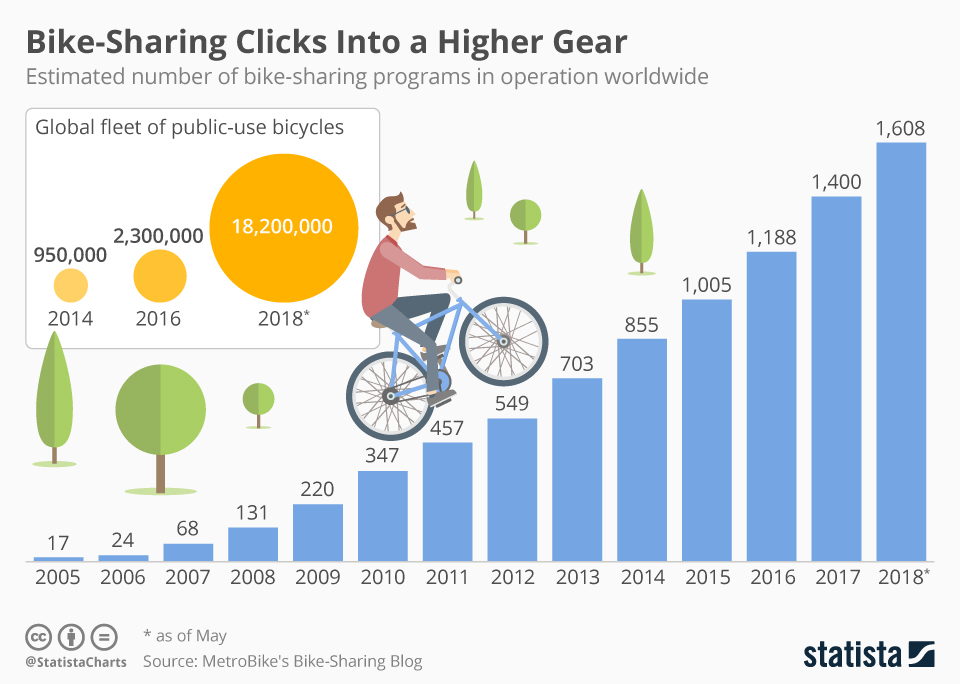 Speaking in terms of countries, China was the one to register significant growth, which had around 430 public-usage bike programs running in 2016.

Hence, it is clear that the bike-sharing economy is going great guns all across the world.

Begun in 2014, and is a popular one among bike sharing apps Ofo has become popular among metro city travelers.

Ofo is made using an innovative business model that is a combination of sharing economy and smart devices. 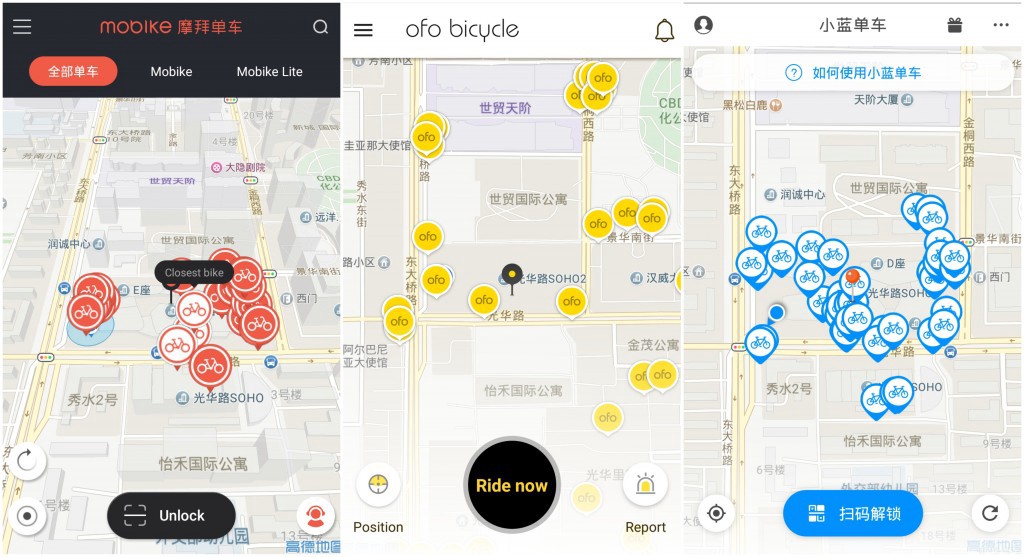 Ofo is the first bicycle service exchange that has implemented a bike rental system that is non-docking.

Today, Ofo is among the popular sharing applications bikes with more than 5 million registered users.

The company connects more than 300,000 bicycles and has 50 million trips in 24 cities of China.

Mobike is a minor bike-sharing service station based in Beijing.

The company offers rental bikes for short trips and can pick them up and park them from any legal destination. 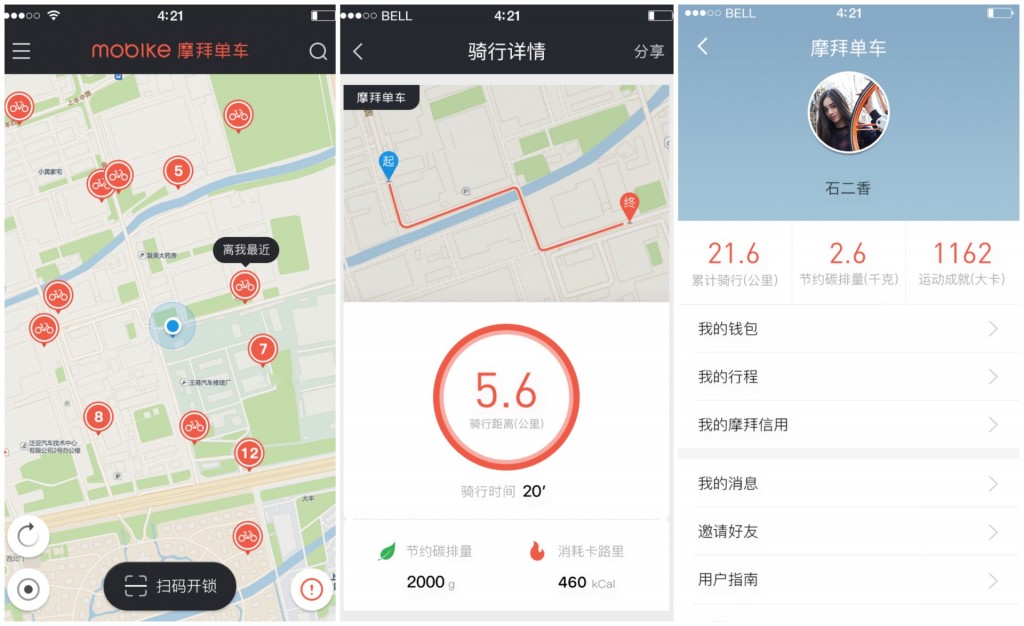 The company operates more than 8 million bicycles for its 200 million registered users.

Bike-sharing service Mobike is available in 18 countries and has about 8,650,000 Mobike DAU (day active users).

Headquartered in San Francisco, California, Spin is a popular bicycle-sharing and is loved among all the other bike sharing apps service in the United States.

The company operates a bike-sharing system dockless that allows users to rent bikes through a mobile application.

Founded in 2016, the Spin bike-sharing service is relatively new. 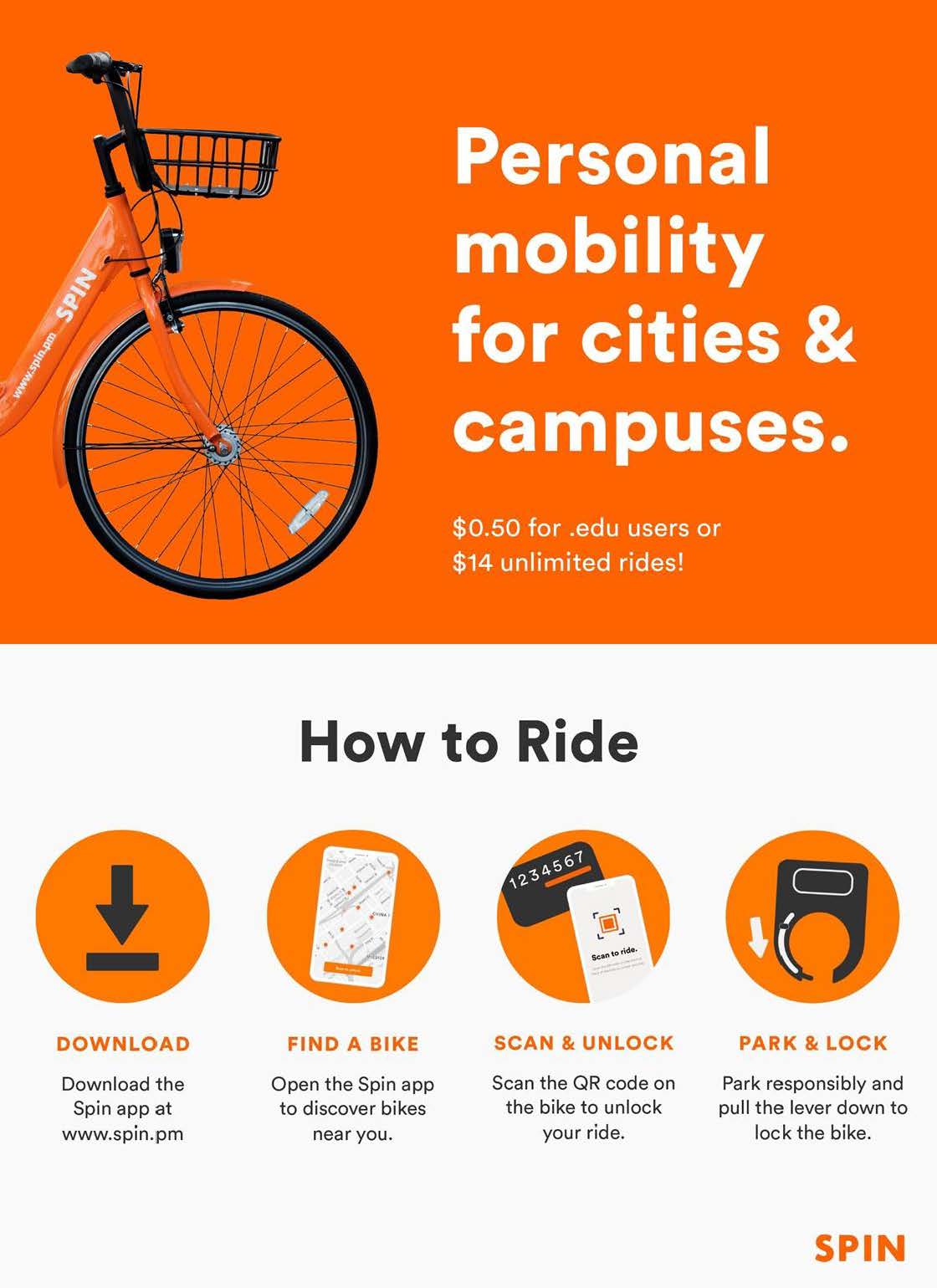 The company began its service in Seattle with 500 cycles. The company registered 5000 rides in its first week of business.

Since its launch in 2013, Jump had raised funds $ 1.1M seed round in its first year itself.

The firm partnered with renowned company Uber in San Francisco after starting its e-bike service in Washington D.C. 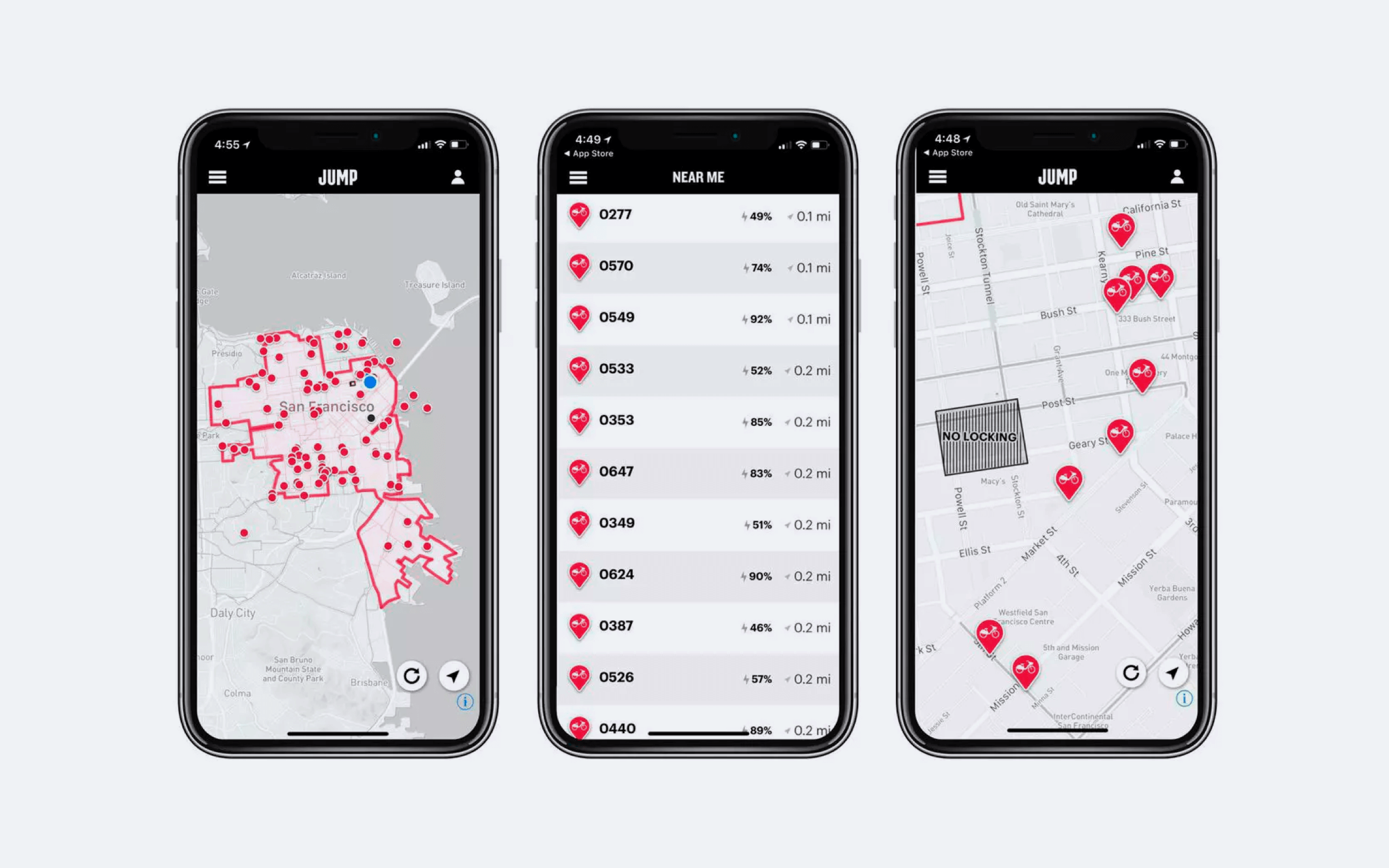 Today, Jump and Uber are official partners, which allows it to extend beyond instead of just remaining in the cars.

This is certainly a big step in the transformation of Uber into a multi-model platform.

Citibikes has over 750 + service stations for its city bikes, which is a major brand in New York and other cities.

According to Citibikes local customers using the bikes are on an average of 62,000 in the country. 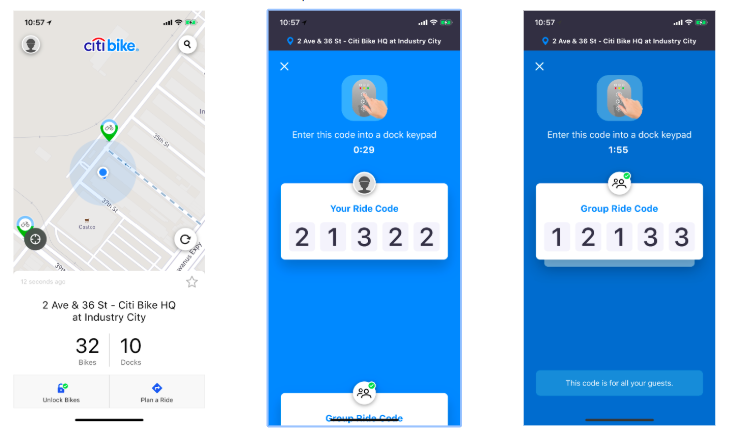 Citi bike, officially opened with 332 stations and 6,000 bicycles in May 2013 and now has a good count of 12000 bicycles and uses technology BIXI bicycle brand among stations.

There is a great contribution to cost-effective features and strategic price points to the success of this service.

After all, this category of bikes requires low maintenance as well as they are designed specifically to prevent theft while satisfying users’ needs quite well.

There are many integrations that can be done into a single entity, like operations, information systems, infrastructure,  and payment modes.

One should always remember that an extensive & well-connected network of bikes & stations helps in boosting user engagement.

The support of local authorities is one great reason for the success of this service. when they engaged in the usage of public funds, public land, and government agencies.

Due to the great prominence enjoyed by the bike-sharing mobile apps at the moment, the competition is also cut-throat. However, with some unmissable features, you can definitely have a number of users on your app.

Read here to know some features that can help you make your app user-friendly:

This is another crucial feature for an application to share bikes.

This feature allows users of the application to directly contact the service provider whenever they face any problems with renting a bike through a mobile application.

It works well with the chat option on offer in the mobile application as it allows the riders to contact immediately and get the problem solved.

This is the essential feature of a bike-sharing mobile application

This is an important feature of a mobile application where it allows its customers to find the details of the journey traveled through the bike.

This feature provides a detailed overview of the trip, so users have an idea of ​​where they started their journey and where are they traveling.

Therefore, this way users get to keep track of the whole trip.

It is very important for a bike-sharing application to offer a feature that allows users to easily pay after the trip comes to an end.

Be sure to keep this feature really easy and simple for users, since this way drivers can make payments with just a few taps on the screen of the mobile.

At the same time, take care of the security of user data. The data debit/credit agreement and the discount or promotion code should automatically be applied to the total cost.

It’s no wonder that the city/country in which they are developing a mobile application, makes an easy payment function for customers in order to provide a user-friendly experience.

Again an important feature of the bike-sharing mobile application. Make sure your users are able to book the bike in advance. Thus, there is no requirement for waiting.

With the book in advance feature, customers can be sure they are not late for their destination.

Therefore, this is a very important feature for those areas where the bikes tend to be booked heavily during the morning or when it’s late.

When users find this convenient, they will be more likely to book with you next time.

Once the details of the bike have been assembled it’s time to lock the bike and get it parked in a safe place where it is allowed.

In order to manually lock the bike at the end of the trip, a bike number will be required.

Thus, the bike is much easier and users do not face any problems while parking and locking the bike.

6. Use A QR Code To Unlock Bike

Another important feature for bike-sharing is to allow users to unlock bikes by simply scanning a QR code.

Therefore, only a few seconds and the user is ready to ride the bike.

In the mobile application, the user needs to touch the “unlock” button and the QR code then scan and this bike is automatically unlocked.

Be sure to keep this feature really simple so that users do not face any difficulty unlocking the bike and can easily jump to the bike to explore the nearby areas, like going to a mall or a movie or maybe home or office.

There are a number of factors affecting the cost of developing a mobile app.

However, it actually depends on app complexity, integrated features, and chosen Bike-Rental Mobile App Development Company which is the most essential in determining the cost.

However, there are chances of an increase in cost if you choose to include the more advanced feature in the app.

How much does it cost to develop a bike rental business app like Eagle Rider?

The cost of developing an app like Eagle in the US can easily exceed $100,000 depending on the hourly rate. Cost may vary depending on the in-built features, platform, the complexity of an app, and many more.

How can I contact an App Development company to develop my rental business app?

Want to Contact Echo innovate IT, We provide 24*7 support and maintenance service. Use info@echoinnovateit.com, also call on +1 (386) 675-0158. You can reach out to us in any way you wish to. We will also make you a part of our discussion with team members so that we can work according to your requirements.

A bike-sharing application is called well-designed when it can help bike-sharing service to reach a large audience and achieve great success in a short period of time.

A large number of users like bike-sharing applications as it solves the last mile problem. At Echo Innovate IT we can help you with your web and app development. Contact Us! Today.

How Much Does It Cost To Build A Killer App?