Android App Store Alternatives in 2022 To Watch Out

Home » Blogs » Android App Store Alternatives in 2022 To Watch Out

In this recent day, people live under the safe, warm shelter of the play store. The reason to choose a play store is that they give you an app that is almost intensely of good security. The android market increase day by day. When it comes to installing factors most of the android apps come under the play store. The android apps can be working under another certain app store platform or it is called the other part platform. Many of the android app developers have a common question. How they can make enough money out of the app store?

There are the biggest challenges when it comes to choosing a standard option for Android app stores for Android devices and ios devices. With recent technology, there is a higher chance of getting access to more localized and specialized customer audiences with the android app stores.

Here it is discussed about the variety of android app stores that will help in choosing the standard one to have a better performance of your android app.

You can find more options for promotions when you choose an alternate app store for android apps.

It is benefited to the app owners by saving some money by the way of advertising.

You can find the apps based on the relevant recommendations on the kind of app you are choosing for. The android app store offers a list of recommended apps even that won’t be displayed in the Google play top ten charts.

You can find a curated list of play store alternative apps where they have a very narrow focus and a small selection of apps that are segregated based on their topic, purpose, quality, age, etc.

The app stores are local portals with different app stores that cater to countries and offer localized apps.

So now it’s time to know about the android app alternative. 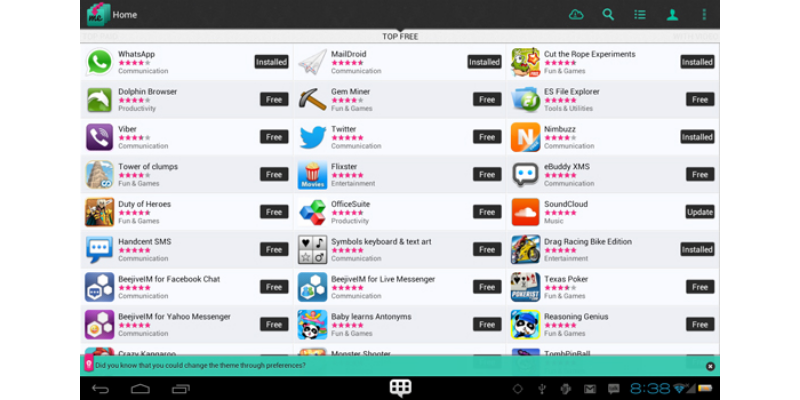 In the app store business, the SlideMe platform has been a long-term layer where the users can regularly find this app store on android devices added to the main competitor.

The biggest advantage of using this platform is that the payment can be done online, and the store charges only 20% on each purchase of the android app. 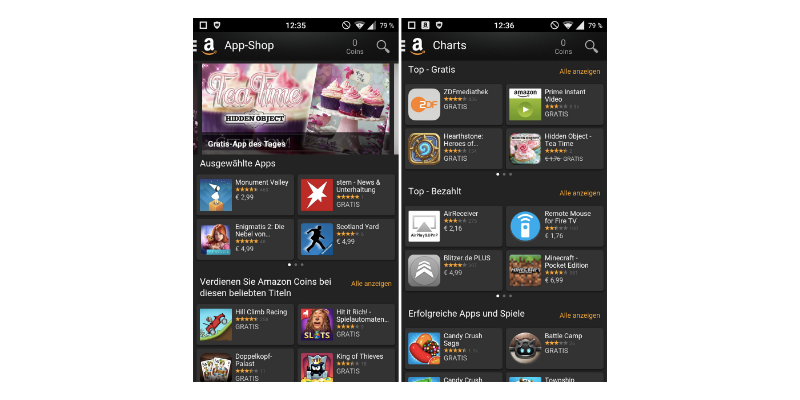 As you all know Amazon is one of the successful competitors in the app stores. It offers a distinct variety of features. At the time of the kindle fire, the Fire phone has been a range of android devices that are running fire OS.

In this growing market, Amazon has been easy to find by the app developers as one of the best app stores for android. There is a certain issue in running apps via fire OS.  So, the majority of the app developers choose and get ready for Amazon.

Thus the fire OS (operating system) is fine for many android apps to run through this platform. The benefit of these apps is it is possible to publish HTML and web apps on the Amazon app store.

As the app store market is growing widely it has lots of things to reflect on the app and for the large customers. The Amazon app store is a remarkable one in the marketplace where the users are given more flexibility to navigate for all developers. 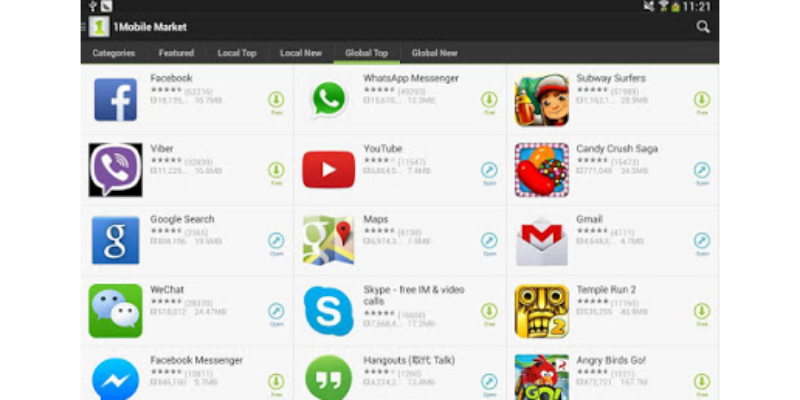 The aim of making a successful app in a different approach is based on the popularity of the app. Here comes an app called 1mobiler market that is specially made for free apps and it is considered as a great place to upload that app for the test in the market. 1mobile market 2021 app store is best for apps and games. When it comes to the market place it does not cost to upload your app and it won’t be that much terrible on apps.

The biggest advantage of using this app store is that you will get a better recommendation for this app based on your preference and the apps will become more successful very quickly. This has been installed by over 100 million users and it is considered a great place to upload your app. 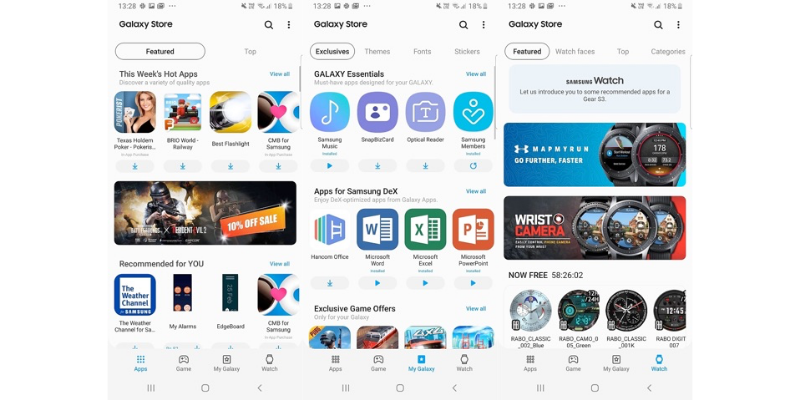 You can find certain mobile phone companies that provide you with the right kind of app store for the android phone and one among them is the Samsung galaxy app.

Compared to other app stores this provides a relatively small number of apps that make it stand out in the crowd and in a positive way. The advantage of this app is that they are provided with an app store installed in it so there is a quick and large customer base. 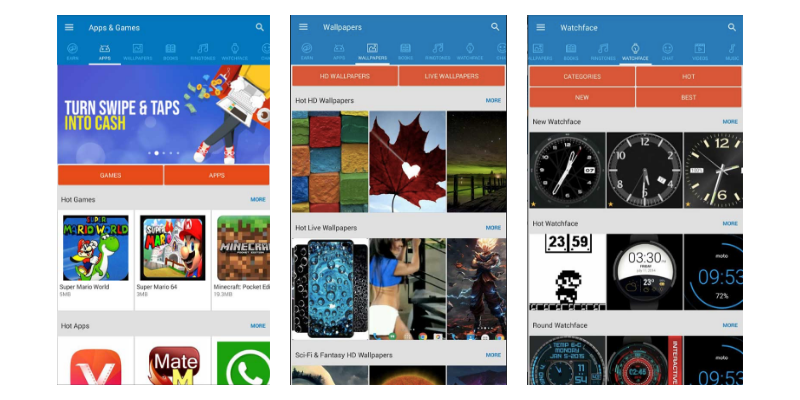 Mobile9 is the same as the social network you can find millions of active users and it has features like a comment on and sharing the installed apps, publishing an app for free, and a wider user base. Thus these app stores provide a larger result for a well-developed app. The huge advantage is that there are enormous download rates with the smallest number of developers and many get noticed with Mobile9 is that it is relatively easy. 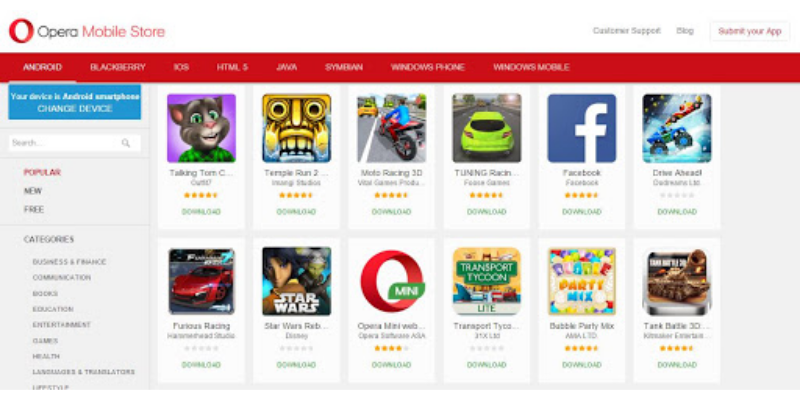 This app store has a direct link with Yandex, an opera mobile store. It has access to most of the app developers or customers in the market.  Thus, this app is being presented in the Yandex app store.

This app store has an average of over a million downloads a day. One of the greatest advantages is that the huge audience will get to access it completely free. Though it takes 30% of the sales it is worth it and as this app store generates. 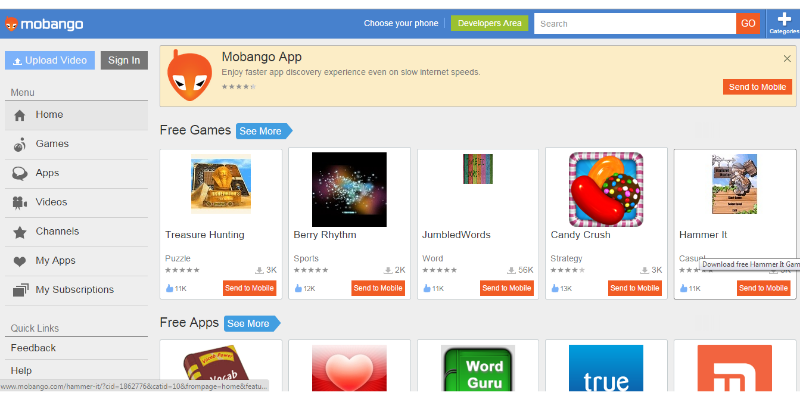 This has over a base of millions of customers and thousands of downloads each day. Also, it is considered as a forerunner for a Google play alternative. It is a relatively small app with a total in its store.

Hence, it is not too difficult to become its top download app. The biggest advantage of this app store is that it is completely free and non-percentage is taken. 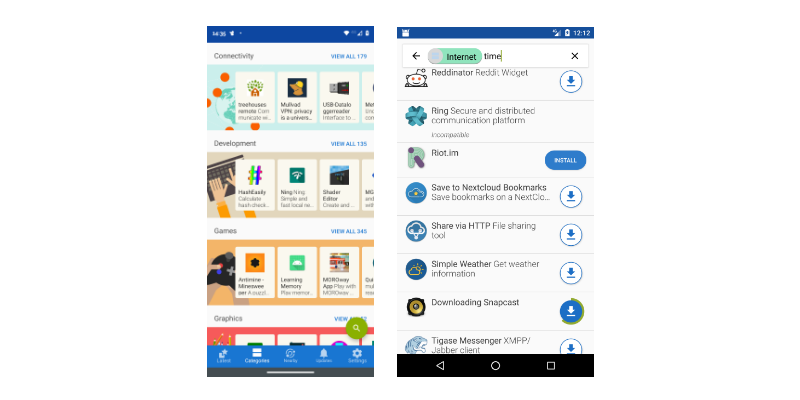 This app is for a more open approach and one of the best alternatives for the android app store. With help of volunteers and by relying on the donation the entire site and apps are run. You will have a better choice and it allows the free apps and it has a greater policy.

This makes your app push apps that include paid add-ons or adverts, it’s like paid apps. They will get the advantage of a stronger customer base. There is absolutely no cost. Also, there is nothing to lose by uploading your app to this store. Stores help in testing thus it has become out of its popularity. 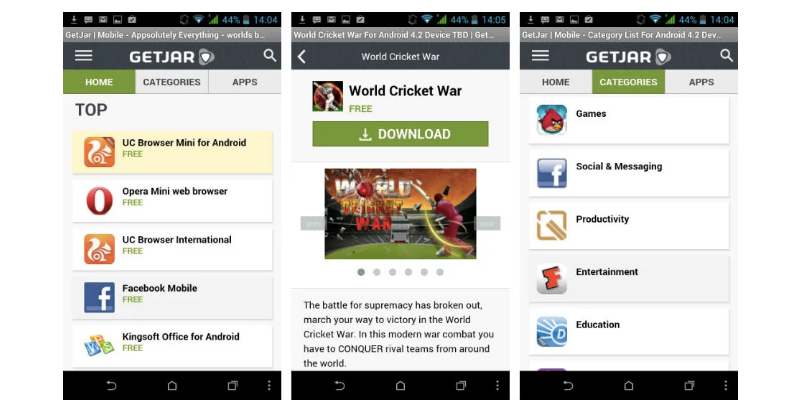 GetJar app encourages app developers to use the fermium model. It consists of features such as adverts and in-app currency. This app store is one of the biggest virtual currencies used and it is available to millions of users.

To look for its advantages is like there are over 30 million users. Also, it is a greatly recommended service that allows for quick discovery of every new app. 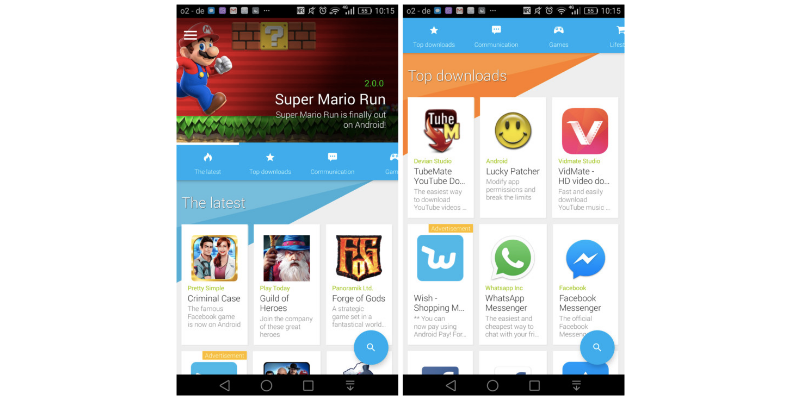 This mobile app is one of the best and available in 12 languages. It offers localized content for each of them by providing free download options. Besides, the service called virus total is used in this app store.

It generates reports of apps based on performance results. It consists of more than 50 antivirus programs.  Additionally, it has the application catalog, new blogs, and related tutorials to the software and an official application for android. 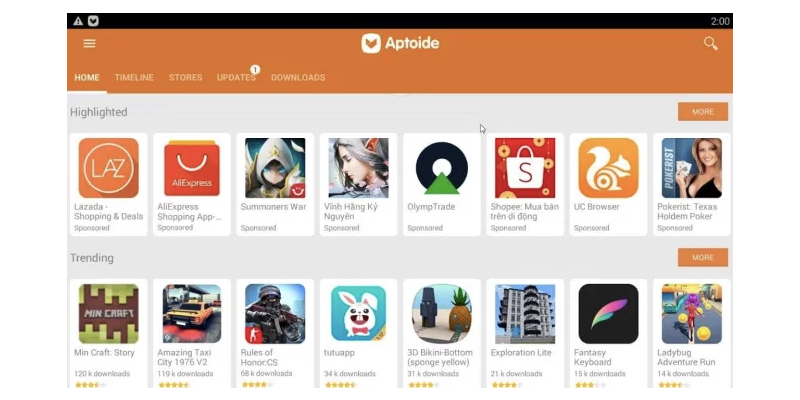 This app store is an android app store alternative for a mobile application that runs over the android OS. It does not lay Google play store and it is not a unique and centralized store.

Though, every individual can manage the store according to their way. It has a lot of features that will help the customer. Also, it helps app developers to stay connected with the app.

Thus these are some of the alternate app stores for mobile apps. When you chose the best app look at its charge, specifications, popularity, and higher competition.

You May Read This: 4 Types of Machine Learning Algorithms