What is Regression Testing? Example, Types and Tools 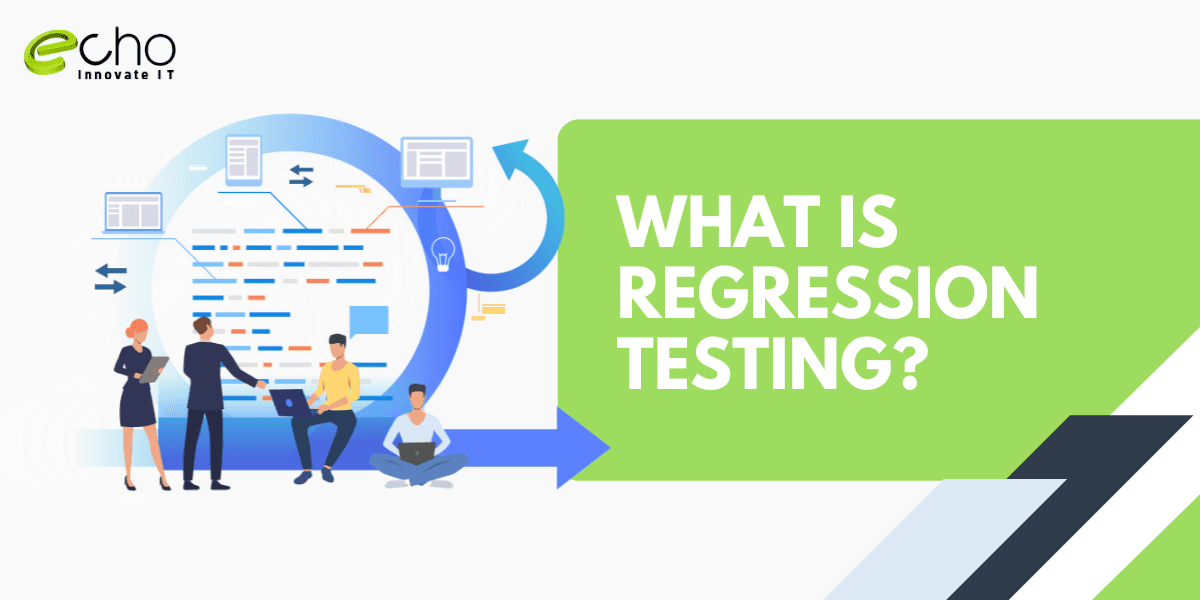 What is Regression Testing?

Ever wondered what regression testing is! When a software program undergoes modifications, updates, revisions, enhancements, or optimizations, the regression testing methodology ensures that the application continues to perform as expected by rerunning the non-functional and functional tests. Software testing is essential because it helps developers find bugs that could go undetected when they make changes to the code or add new features.

Regression testing ensures that the product remains stable by verifying that previously implemented features continue to work as intended. Every time you change your code, you must check to make sure your system can take the strain.

Altering the code may induce a shift in dependencies, resulting in bugs or other software problems. For this reason, regression tests are implemented. It helps experts check whether the previously written and tested code continues to function after modifications have been made.

The following are typical examples of when regression checking is performed:

Let’s use a regression testing example to demonstrate the need for regression checking.

Regression Testing covers the process of an app migration or porting from one technology to another. The testing involves manual as well as automated tests. Lets us get into the process:

First, the project team checks the existing application for bugs and errors and creates tests. Once the testing is done, the developers will migrate the application to the new technology.

The next step is to run a regression test on the migrated app. The purpose is to check whether or not the new app successfully integrates into the new technology.

Once the new test cases are successful, the product will be ready for market and clients.

Why should one adopt Regression testing? 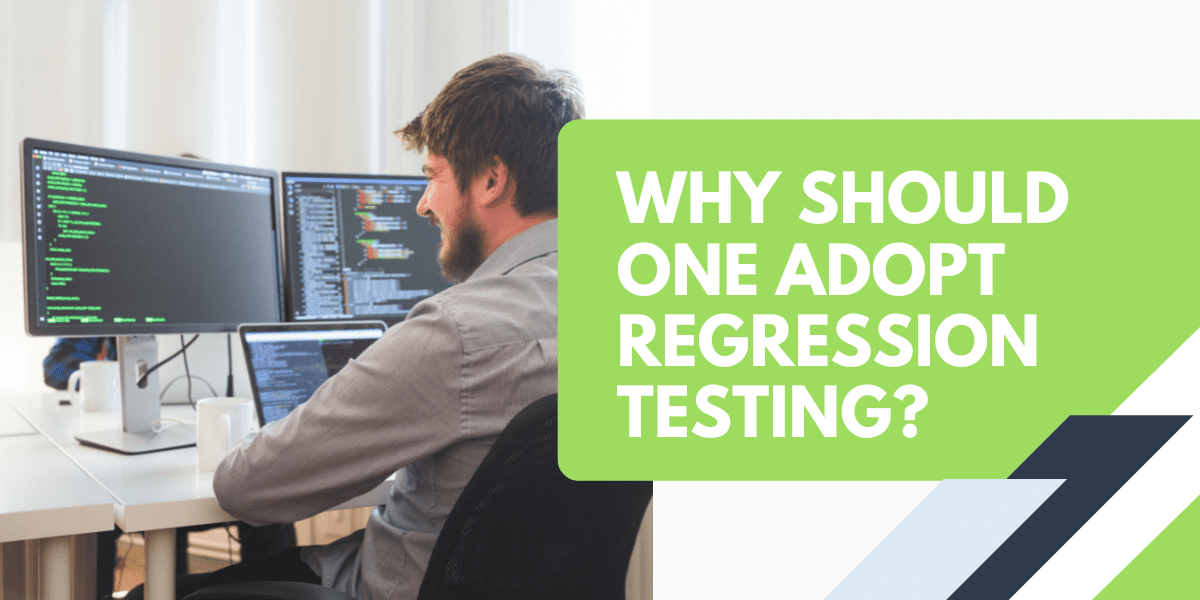 Regression testing that happens quickly allows product teams to get more helpful input and act on it immediately. By catching new flaws early in the deployment cycle, regression checking saves firms time, money, and effort that would otherwise be spent on costly maintenance to fix previously undetected issues. A seemingly little change may often have a cascading impact on the product’s essential features.

That’s why developers and testers must catch every change, no matter how little, and ensure that nothing gets left behind. The compatibility of the new features and capabilities with the current ones is not considered during functional testing.

Therefore, it is more challenging and time-consuming to analyze the product’s underlying cause and architecture if regression checking has yet to be performed.

In other words, regression tests will act as a filter to assure quality as your product is enhanced if it is subject to frequent changes.

Regression Testing: Its Benefits and Drawbacks

What are the Types of Regression Testing? 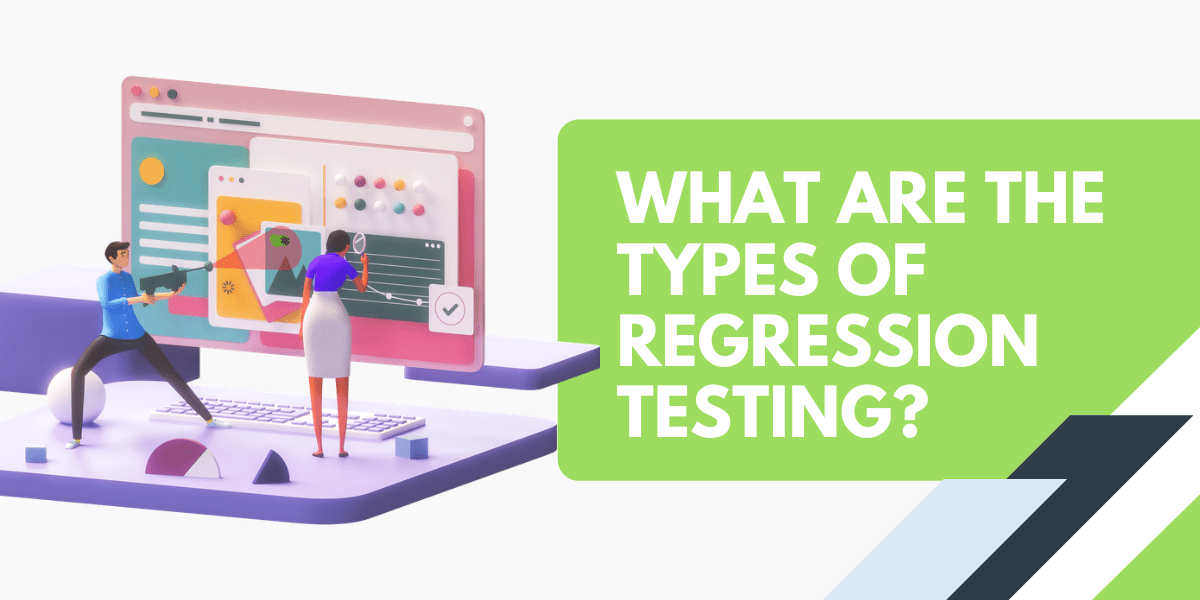 Using this method, the code is put through a new set of tests. It is one of the most popular types of regression testing. This is the usual course of action when anything seems to have gone awry. This form of regression checking yields better findings, but it’s also quite costly since it’s comprehensive.

Regression testing may be as easy as this. This technique is centered on doing a regression test even if no modifications were made to the source code. Test cases that have already been developed may be utilized to carry out the test in this approach.

The approach relies on selecting a sample of incidents from a broader group to analyze the affected code in detail. This technique examines how modifications to the current code will affect their performance.

This sort of regression checking is performed after significant code changes. The old test cases are thrown away and replaced with new ones in this regression testing. Testing in this manner ensures that no fundamental functions from the prior version have been compromised in the new one.

To evaluate how a new code interacts with an existing set of code, partial regression testing uses the existing test cases. It is used to verify that a program performs as expected after modifications have been made to the source code.

A comprehensive regression test is executed as soon as significant changes are made to a code base. Changes to the system are implemented when they are deemed necessary to enhance the code’s functioning. Usually, this happens after a change is made to the original code.

The code is examined in isolation for this kind of regression test method. If you choose this approach, all current interactions and dependencies must be disabled during the test run.

What are the Top Tools for Regression Testing? 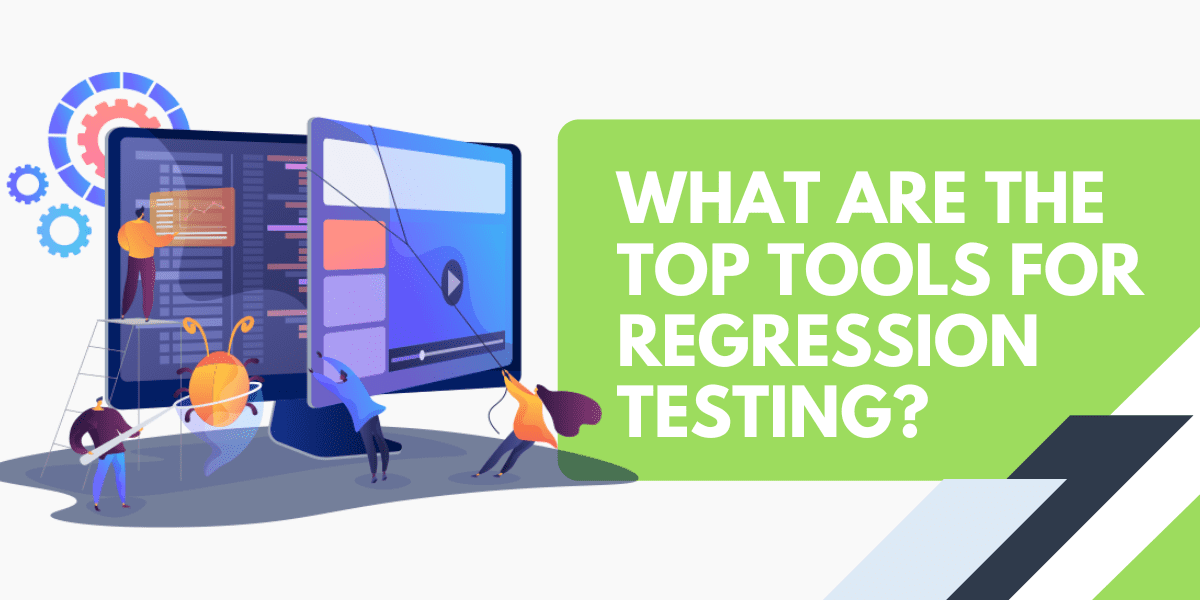 As the complexity and sophistication of apps continue to increase, it is in the best interest of any business to provide its target audience with a frictionless experience. Therefore, regression testing tools are becoming more widely used in various industries.

Selenium is a widely used regression testing tool for verifying software functionality. As a result, developers may utilize the environment to check their processes’ functionality, acceptability, and performance. The tool’s core functionality may be extended with the help of a rich selection of add-ons and add-on libraries. It’s easy to use with other programs like SauceLabs, Selenium-Grid, JUnit, and more.

In addition, Selenium is a language-agnostic technology, which means that QA experts may use it to automate their tests without becoming fluent in any particular programming language. It is compatible with various languages, including C#, Java, Ruby, JavaScript, PHP, and Python.

In addition, the tool offers a more extensive user base with engineers from major companies like Google and startups to help you out. In brief, Selenium provides a whole testing environment with all the necessary tools.

Mobile, desktop, and web app testing can all be automated with the help of Ranorex Studio. Because of its straightforward and codeless interface, which provides several helpful wizards and integrated development environments (IDEs), it is employed by industry heavyweights like IBM, Dell, Cisco, Siemens, Adidas, Lenovo, and others.

Multiple tests or parts of an application may share the same object repositories and use the same code modules using this tool. Integrating with other technologies like Git, Jira, and Jenkins may boost performance and give more in-depth testing insights.

Katalon Studio was developed using the Selenium framework. In a study published in March 2020, Gartner Peer Insights rated this product as the industry standard for software test automation. The application is cross-platform, meaning it can run on macOS, Linux, or Windows computers. Additionally, it supports a variety of APIs and offers testing features for desktop, mobile, and online apps.

Katalon Studio also includes additional tools for testing, such as extensions and plugins, and recording and eavesdropping. Methods of testing, such as data-driven and key-driven techniques, are investigated. The software test automation market community is vast, and so is the tool’s client base.

With TestComplete, businesses can easily automate regression testing. It’s an AI-powered graphical user interface (GUI) testing tool for desktop, web, and mobile apps. In addition, it has simple connections to other programs.

Companies like Cisco and Thomson Reuters use this program to quickly find and repair software bugs. Furthermore, the software automates setting up times for running regression tests.

The quality of your software product and end-user experience determines its fate. It plays an integral role in a product’s success or failure. Developers and QA engineers can verify that the new changes or additions in the product do not break previously implemented ones.

That’s why companies that put more time and money into planning and executing regression testing get better returns on investments in applications. Moreover, they have more command over the time, money, and resources they dedicate to improving the quality of their software.

Echoinnovate IT is a leading custom mobile and web development agency, delivering superior-quality software and applications to users for over a decade.

If you need expert guidance on Regression testing or want to perform it for your products, contact us at Info@echoinnovateit.com.

We are all set to polish your applications and make them launch-ready.

Manually and automated regression testing, both are done. Check which approach fits your project’s needs. This is a crucial functional testing interview response.

Why use regression testing tools?

Why does IT need regression testing?

Multiple bugs are created when a programmer adds new code to solve a defect. Regression Testing checks whether new code is compatible with old. Otherwise, modifications are instantly deleted. Before a product is issued, testing must be done on time.