Kotlin : The Future of Android 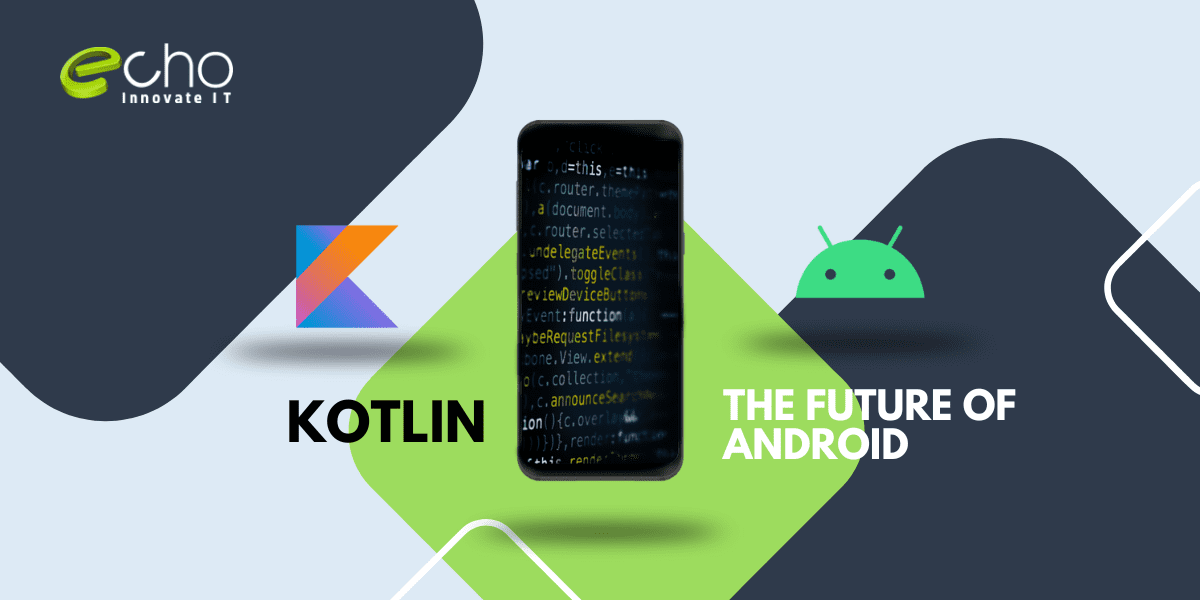 Smartphones have found their way into homes as a result of the rapid development of their technological capabilities and their availability at low cost. It is estimated that there are more than 3.5 billion smartphone users in the globe today, and according to International Data Corporation (IDC), 86% of these users use smartphones powered by the Android operating system.

With the ever-increasing number of Android OS-powered mobile device users, it is of the highest significance for any company to develop an app that fully supports and maximizes the Android OS platform’s capabilities. The greater your app’s compatibility with the Android operating system, the better for your company. In addition to other aspects of mobile app development, selecting the proper programming language is vital for achieving this goal.

What makes Kotlin different from other languages? 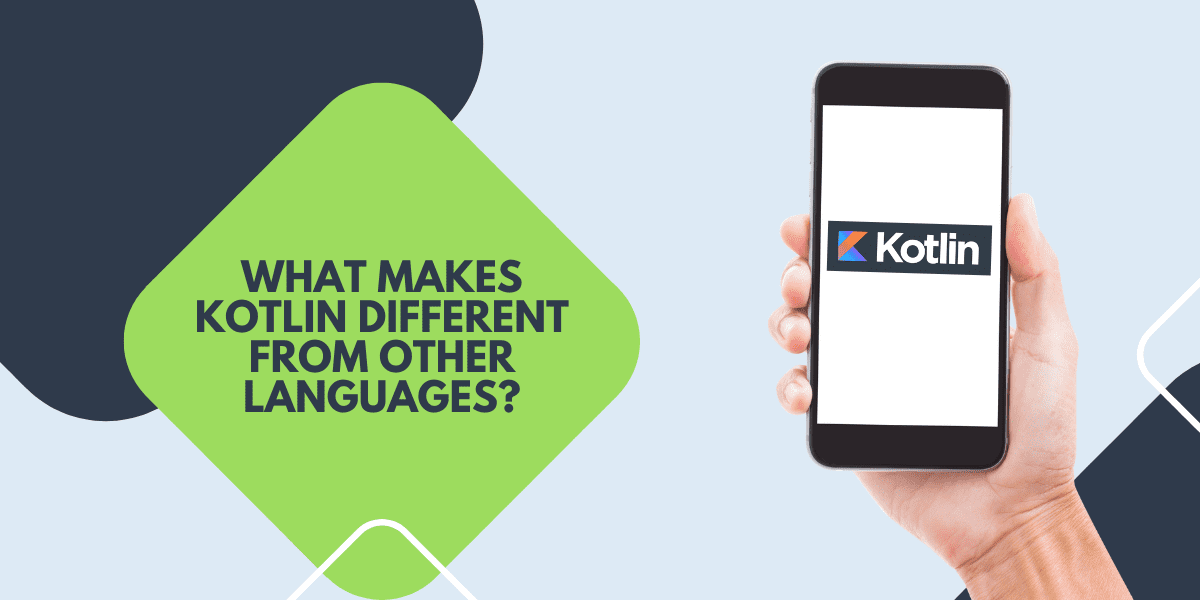 Kotlin is a statistically typed, open-source programming language that runs on the JVM and is compatible with a number of different platforms. If a language is dynamically typed, the object type is defined at compilation rather than execution. Kotlin is fully compatible with Java, has a tiny footprint, and blends elements of object-oriented and functional programming.

Kotlin’s most unique characteristic is that it was appointed to withstand full advantage of a large existing ecosystem. Interoperability with Java is a core element of the language, therefore it is extremely easy to use Java classes in Kotlin or Kotlin classes in Java. Kotlin was also meant to be very user-friendly for Intellij, the creator of its Integrated Development Environment (IDE).

These two reasons offer Kotlin a significant advantage over other recently developed languages: Due to a lack of tools and an absence of an ecosystem, the vast majority of new languages struggle to achieve widespread adoption like Kotlin.

Kotlin may be used to implement literally any project for which Java might be used. When you hire Kotlin developers for Android development is largely attributable to its partial similarity to Swift, but it is a complete replacement for Java, with guaranteed 100% interoperability, and can be used everywhere in its place.

Kotlin is a static programming language, while Python is dynamic. Python and Kotlin may be used for backend programming, although Kotlin has a substantial edge over Python for mobile development (Android). Kotlin boasts Google’s support, is quicker to build, and includes built-in support for null safety. Each and every Java library is compatible with Kotlin. Kotlin employs Junit (4,5), mocks, and assertion tests, while Python employs unit or integration tests.

How is Kotlin Development Services important for Android App Development?

There are a number of important reasons and sophisticated features for providing this language to Android developers. Strong type system prevents runtime difficulties, such as null pointer exceptions and string format errors, in Kotlin. According to Google, the top 1000 applications on Google Play that utilize Kotlin have 20% fewer crashes per user than those that do not.

Kotlin coroutines and structured parallelization provide a novel solution to one of the most challenging challenges for Android app developers: asynchronous operation execution. There are a few Kotlin extensions for developers that help in the coding process. 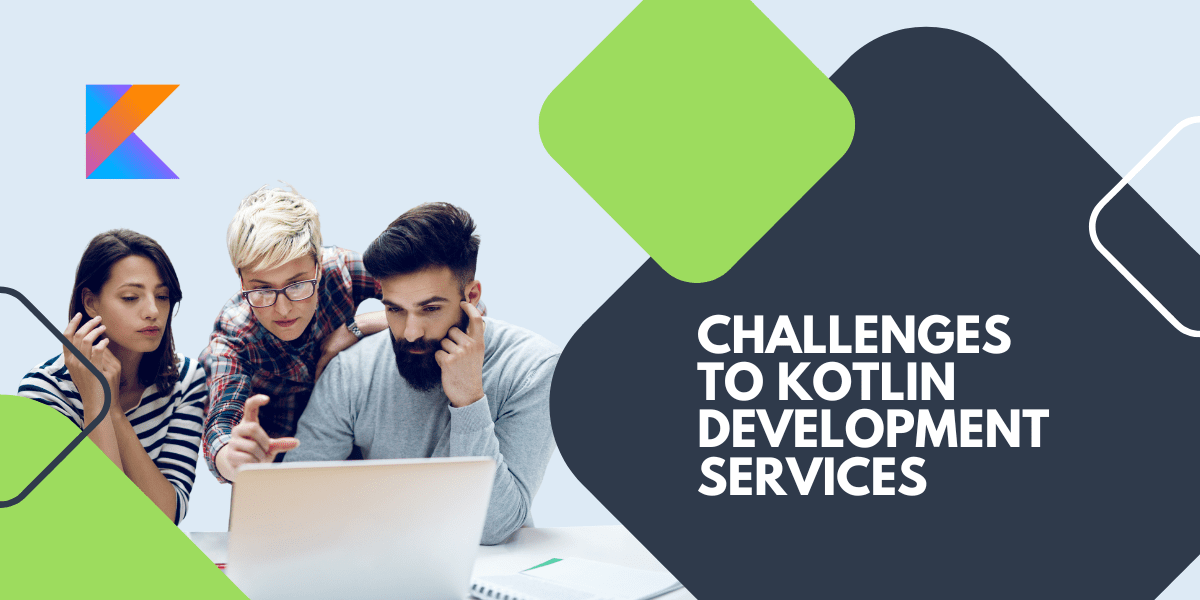 In recent years, Kotlin’s success has reached a new level. Kotlin’s fast expanding support for the two most popular smartphone platforms has earned it much acclaim. Kotlin’s future is anticipated to be restricted to Android and iOS users only. Additionally, Kotlin presents a number of obstacles.

While the majority of developers are shifting to Kotlin, there are just a few developers accessible globally. It provides simple tools for programming language learning and different software development-related questions.

Initial design challenges for the Kotlin programming language included the nullification in the type system. The alternatives proposed when you hire Kotlin developers were too cumbersome. Following a series of revisions, the team arrived at the platform. The current version is used by Kotlin development services.

Despite Kotlin’s extreme relevance, there are currently very few programmers in this field. It goes without saying that any mobile application developer who wants to work with Kotlin must possess extensive knowledge. Unfortunately, Kotlin specialists are similarly difficult to obtain.

Kotlin is eager to stretch its wings and compete with Java in the android development market. The fact that Java has been around for almost 20 years, however, has advantages and disadvantages. Java’s tried-and-true effectiveness cannot be discounted lightly, even as mobile app developers yearn for the newest capabilities for improved performance.

The question is, what is it about Kotlin that has developers so excited?

The compatibility between Kotlin and Java

We stress again that Kotlin can pick up where Java leaves off, as was previously indicated. If you ever decide to make the switch from Java to Kotlin, you’ll have full access to all of Java’s frameworks, features, and libraries. The fact that Kotlin and Java are so well-compatible is a major plus for the latter.

The clear and succinct syntax of Kotlin

Kotlin has a lot of eloquence and brevity. What this means is that the same functionality may be achieved with far fewer lines of code in Kotlin than in any other language. Kotlin’s brevity makes it simple to maintain, enhances code readability, and allows for rapid iteration when you hire Kotlin developers.

It is simple to do routine upkeep

Kotlin supports a broad variety of integrated development environments (IDEs) and comes with Android Studio already installed. This implies that developers don’t need to create new tools to write code; they may stick to the tried and true methods that have been around for a long time.

It adds Null to the Type System

The lack of nullability, a very important type in Android development, has been regarded a little too negatively by the Java development community. During their execution, Java applications often raise the NullPointerException error. Kotlin development services include nullable references to the data types, which effectively eliminates this shortcoming.

Functional programming is specifically supported in Kotlin. The efficiency of a program may be enhanced using a compile-time optimization known as inlining, in which the code for a function is integrated into the code for the function that is calling it. The programming language Kotlin has support for this function.  Function types allow for the efficient transfer of functional ideas.

Top apps made in Kotlin 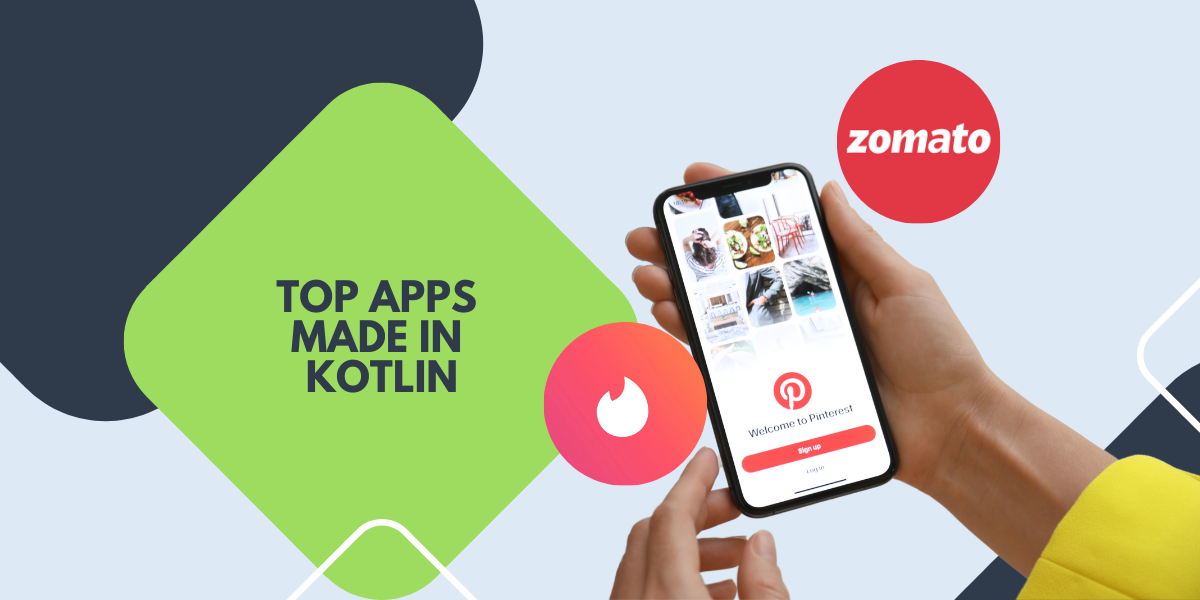 Pinterest: The Android app for Pinterest, a wildly popular image-sharing site, was reportedly written in Kotlin. At the firm, Kotlin is used for all Android programming. One of Pinterest’s Android programmers has remarked that Kotlin has made it easier for them to create code that is both clear and concise. The team and end users alike benefited from the app’s transition from Java to Kotlin. Pinterest profited from switching from Java to Kotlin since it allowed them to create code more quickly and efficiently.

Tinder: The popular dating app Tinder has revolutionized the way in which strangers find and connect with one another online. Tinder uses Kotlin in its production environment, Stackshare.io reports, because of the language’s reputation for producing clean, succinct code.

Zomato: To produce its Android app in a more secure and simple manner, Zomato has begun using the programming language Kotlin. Lines of code have been cut down thanks to Kotlin, and crucial bugs have been found during compilation. With 80 million active users each month, Zomato is the most popular restaurant discovery and meal delivery app in India.

Kotlin was introduced as an Android support language. The language and its popularity among developers have increased rapidly since its debut. Over 50% of Android developers like coding in Kotlin, whose popularity is expanding rapidly.

After the statement at Google I/O that Kotlin will be favored, Kotlin will become the preferred language for Android development, and new Jetpack APIs will be released in Kotlin first.

Kotlin reduces the amount of code that developers must type, test, and maintain. In addition, new investments are being made in Kotlin to make it easier to use and learn by providing advanced tools, documentation, training, and events.

JetBrains offers the Kotlin Multiplatform Mobile (KMM) SDK for cross-platform mobile development. It makes use of Kotlin’s multi platform capabilities and contains different tools and features. It is aimed to make the whole process of developing mobile cross-platform apps as pleasurable and productive as possible.

The Android and iOS versions of an application often have a great deal in common, but they may also vary greatly, particularly in terms of their user interfaces, from tiny differences in scrolling behavior to entirely different navigation algorithms. Likewise, the application’s business logic, including data management, analytics, and authentication, is often similar. It is thus logical to share certain application components across platforms while keeping others fully distinct.

KMM provides this flexibility while retaining the advantages of native programming. Use a single codebase for the business logic of iOS and Android applications, and only create platform-specific code when required, such as when implementing a native UI or interacting with platform-specific APIs.

KMM is connected effortlessly with your mobile project. Kotlin-written shared code is converted to JVM bytecode with Kotlin/JVM and to native binaries with Kotlin/Native, allowing you to utilize KMM business-logic modules as you would any other mobile library.

Kotlin is perfect for getting started with, since it has a very low learning curve and is thus suitable for both novice and experienced developers. There is no question that a significant number of programmers are making the transition from their previous language of choice to Kotlin due to the many benefits it provides, as well as the growing need to hire Kotlin developers.

If you are not a developer but are seeking Kotlin development services, you have arrived at the correct location. Echoinnovate IT is a mobile app development company in USA and our in-house development staff is familiar with the instrument in question and also participates in relevant online forums. Your app benefits from their competence as well as their extensive topic knowledge. Both of these would be shown in the market once you hire dedicated developers. Hire dedicated developers from Echoinnovate IT, and let’s get started with your idea.

Can Kotlin be used for Android development?

Yes. Android supports Kotlin as a first-class language. Hire Kotlin Developers from Echo Innovate IT to get the most effective support.

Is Kotlin a free language?

Yes. Kotlin is, was, and will continue to be free.

Yes. Kotlin is 100% compatible with the Java programming language, and a significant amount of effort has gone into ensuring that your current codebase can interact correctly with Kotlin.