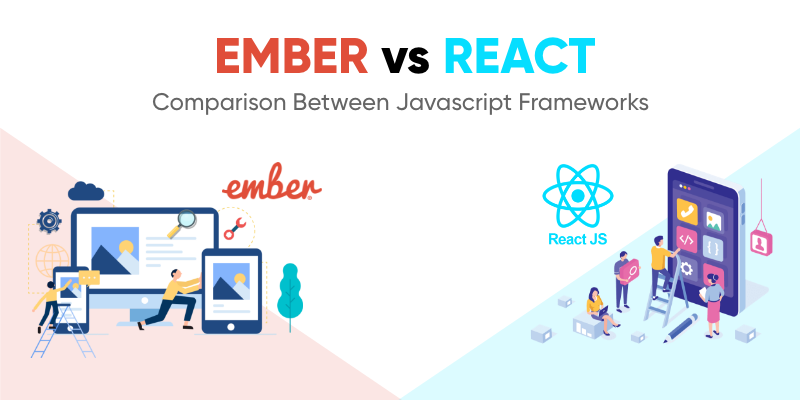 Are you searching for the finest frontend framework to help you quickly develop a mobile app or website? Confused about the differences between Ember vs react? Don’t worry – we might have an answer for you!

Of course, both Ember vs React are excellent frontend development frameworks that generate a lot of income because of their zero-complaints user experience.

According to statistical data, the majority of developers favor JavaScript programming language, making it the most widely used programming language. As a matter of fact, the reasons for its widespread popularity are numerous, but we’d like to highlight the scripting language’s simplicity and relevancy. Moreover, programming languages like JavaScript are used by a large number of frameworks and tools in the web development world. As a result, the blog will provide an overview of the two most extensively used JavaScript tools, Ember vs react. Along with comparing basic features, you’ll learn about the differences between them so you can pick the ideal option depending on your needs. So, let’s start. 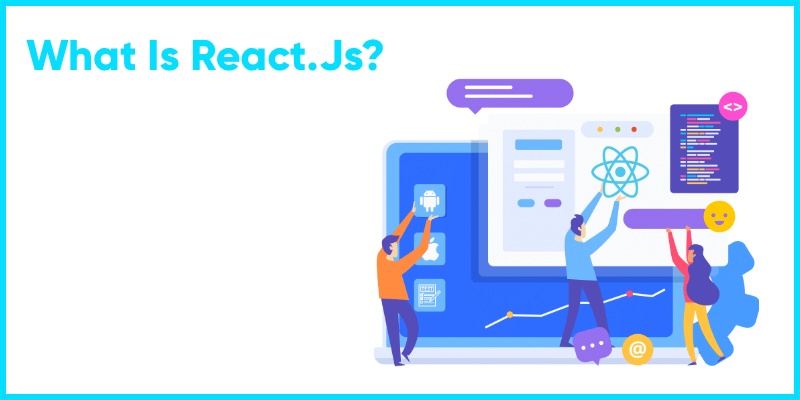 Web developers use this powerful declarative JavaScript framework to build interactive website interfaces. It is a Facebook-developed and-maintained open-source tool. Not to mention this, the solution allows you to create large-scale, complicated web-based applications that deal with a lot of traffic and frequently changing data. Thus, React.js the major focus of React.js is on separate elements that can be reused easily. One of the most important React.js things to note is the custom syntax, JSX, which simplifies the development process. 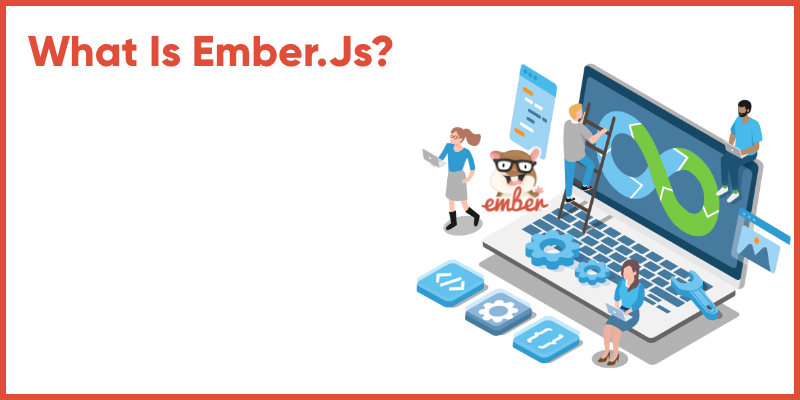 A well-structured client-side JavaScript framework for front-end developers to create powerful large-scale web applications. Ember.js, a clone of the SproutCore MVC framework, is regarded as the ideal solution for ambitious developers. The framework has several important features, such as an effective control system and tools to prevent out-of-date APIs.

Before learning about the difference between ember vs react let’s understand what are its uses:

What is React.js used for?

What is Ember.js used for? 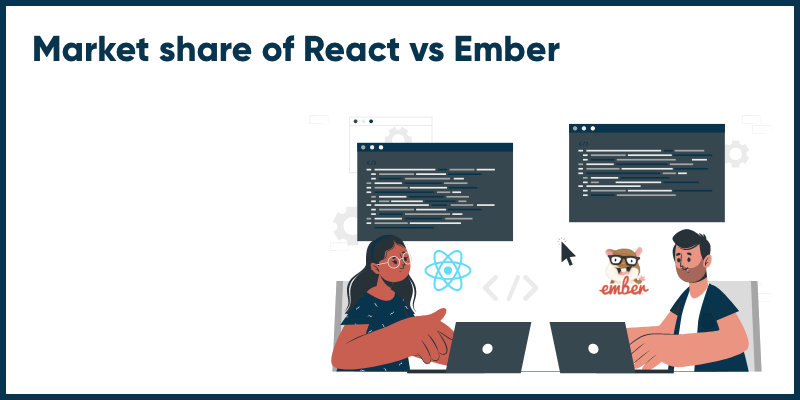 React is significantly more popular and liked by developers when compared to Vue and Ember due to its elegant performance style, well-established community and platform, and vibrant ecosystem.

However, as compared to Angular, it may fall behind in terms of creating a more organized and efficient app development process.

Ember.js is used by less than 0.1 percent of all websites that employ the JavaScript library, according to w3techs.

Developers are more interested in React js and have concerns regarding its library framework, according to a Stack Overflow comparison of Ember vs React. Ember js, on the other hand, is far from being widely acknowledged in the app development community. Despite a surge in popularity between 2012 and 2015, the framework is barely mentioned in this developer survey.

Pros and Cons: Ember vs React

Major Differences between Ember and React 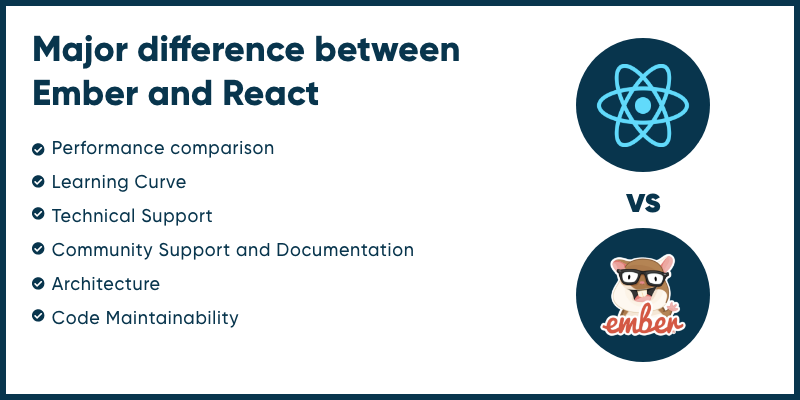 React.js stands out when it comes to performance. It’s worth noting that the library uses the Virtual DOM rather than the Real DOM like other frameworks. The speed of updates is relatively fast thanks to this method and the fact that all React components are independent. As a result, quick updates enable the creation of a highly dynamic user interface. Furthermore, because React elements are already tied to the front-end’s functionality, there’s no requirement of connecting the DOM to it. Not only can React developers work with user interface elements faster with this method, but they can also employ Hot Reload features.

The Ember.js framework has several advantages, including high performance and server-side rendering. Because the tool combines all DOM updates and bindings, it improves efficiency. Similar tasks are grouped together so that a browser can handle them all at once rather than having to recalculate each one separately. Furthermore, because the framework is based on the Ember Object Model, all of its components are consistent.

Ember JS is a framework, yet it adheres to the convention over the configuration approach. It will take a long time to learn Ember, but there is always the internet to help.

Ember-data is a data library that makes it simple to cache and query data. It eliminates the client-side overhead of fetching, storing, retrieving, and caching data. Furthermore, it requires the user to adhere to best practices and encourages newcomers to adopt Ember so that they can become comfortable with various architectures.

Users, on the other hand, like React JS for its virtual DOM and performance. As a result of Facebook’s scrutiny of this library, responding has developed reacting fiber, which makes it simple to use. It also assists in the introduction of new technology.

Ember.js has well-structured and easy-to-follow documentation, which is one of its advantages. There are a lot of helpful manuals as well as topic-related forums available to assist in learning and using this framework. Despite the fact that the community is substantially smaller than React’s.

React.js still lacks appropriate documentation, despite being under the watchful eye of Facebook. However, because the JavaScript library’s user community is so large, finding the necessary information on the Internet is simple. The React team has also stated that they would continue to work on enhancing documentation, so there is a good probability that the future release will resolve the issue.

Ember is the best in the field of distributor logic. It has the best combination of ember-data and the best CLI, making working with Ember simple. Almost every programmer appreciates Ember’s basic architecture.

React JS does not come with its architecture. Flux is preferred by those who use React. Flux is said to be better than MVC. Because React is fully non-opinionated and adaptable, setting up architecture for it can be difficult for newbies.

Furthermore, you gain the advantage of isolating application components in a way that facilitates application migration. It enables us to develop more testable components, write future-proof component code, divide down the program into smaller chunks, and access all of this rapidly.

It ensures that the code and various projects are organized using its standard layout and aids in flawless debugging. However, the key benefit of adopting Ember js is that any developer may see anyone’s code and comprehend the idea without the assistance of other project developers.

A well-structured client-side JavaScript programming language or framework for front-end developers to create powerful large-scale web applications. Thus, Ember.js, a clone of the SproutCore MVC framework, is regarded as the ideal solution for ambitious developers. The framework has several important features, such as an effective control system and tools to prevent out-of-date APIs.

What are the pros of React js?

Which one should you choose: Ember js vs React js?

Both React and Ember are excellent frontend development frameworks that generate a lot of income because of their zero-complaints user experience. You can choose any of the frameworks depending on your project requirements. Still confused? Get in touch with us today!

If you want to quickly and easily design and prototype web apps, you’ll need one of the JavaScript programming languages or frameworks. Choosing one, however, is a difficult task, to say the least. It is owing to the significant number of frameworks accessible in the business. You’ve definitely noticed a few similarities between Ember vs React after reading our Ember vs react comparison. Each option has its own set of advantages and disadvantages. One thing is certain: you will not be able to find an entirely perfect framework.

The point is that you must select the option that best meets the project’s requirements. Not only should you pay close attention to the features of a framework, but you should also consider its advantages and disadvantages so that you may make them work in your favor. You and your project will only flourish from such an approach. Ember.js, for example, might be the way to go if you need to quickly construct a single-page web application. If you need a library to create large apps that must cope with constantly changing data and significant traffic, we recommend hiring developers that are familiar with React.js and can combine it with additional tools.

So, in the Ember js vs React js conflict, there is no clear winner, and you can choose the solution that best meets your requirements after weighing all pros and cons, reading reviews, and polling the community.

How to Build a Mobile App?

How Travel Mobile App is transforming the Travel Industry?