ASP.Net vs PHP Which is the Best Framework for Web Development? 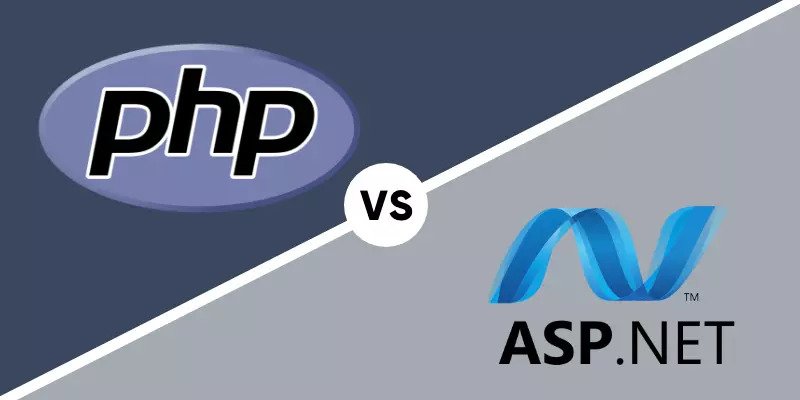 The selection of the right technology stack for the web development project has always been a challenging task. Especially to choose between the two prominent technology stacks — PHP Vs ASP.NET, specifically so because one is simply a programming language and the other is a web framework.

So, this article is definitely for you if you are the one among many who are stuck between PHP Vs Asp.NET.

Check out this detailed blog to understand the dissimilarity between the top two web development frameworks.

We will be discussing all the parameters of these two technologies in-depth and simplifying them to understand easily. PHP is one of the most popular server-side web development languages & PHP is the best language. In the year 1994, it was originally developed by Danish-Canadian programmer Rasmus Lerdorf.

PHP is one of the most well-liked and chosen general-purpose scripting languages to create great web applications or websites for startups, entrepreneurs, and enterprises.

You can execute tasks with PHP as any other CGI (Common Gateway Interface) program can.

The key areas of PHP script use are server-side scripting, command-line scripting, and desktop application writing.

It is also significant for collecting the form data, sending and receiving cookies, dynamic page content generating, and many more.

Let’s have a look at some insights of PHP Web Framework:

Pros and Cons of PHP ASP.NET is a # C-based server-side web application framework with extensions.

It is an open-source server-side web development platform created by Microsoft in the early 2000s, which allows developers to create dynamic websites.

ASP.net is popular for building highly secure web applications and as a result; you will find many top user-centric companies relying on .NET for their website.

Let’s have a look at some insights of ASP.NET Web Development Framework

This substructure allows the development of distinct types of applications including dynamic web pages, microservices, REST APIs, and real-time hubs.

Pros and Cons of ASP.Net

PHP Vs ASP.NET: Points To Compare

Speed and performance in PHP and ASP.NET

Before we begin with the speed and the performance, let me acknowledge you with some factuality that is equally important for regulating a website’s speed.

There’s a misconception about the speed and website performance of an application that we have been nurturing for decades is that it depends on the programming language you select.

However, this is not completely true. The performance of any framework depends on the way you write the coding.

It is better to select the programming language by analyzing its performances under different scenarios.

PHP and ASP.NET, both are equally enabled to access files and find images, and the speed of all these performances relies much on the database server, end user’s system, and bandwidth, etc.

It is a well-known fact that the speed of ASP.NET websites is better than that of PHP websites.

In contrast to that PHP doesn’t authorize threading at all.

However, the statement may not be accepted as many great websites have been built using PHP. The significant difference between ASP.NET vs PHP is the utilization and market share.

According to the research, PHP has more usage popularity than ASP.NET.

The websites developed with PHP have been graded among the topmost 10k sites, topmost 100k sites, and topmost 1M sites.

Whereas ASP.NET hasn’t been awarded any titles that can beat PHP’s.

Security in ASP.Net vs PHP Both platforms provide unique security features to the developers but in different ways.

ASP.NET comes with such a built-in security feature as SQL injection whereas PHP provides tools to structure the applications securely.

In other words, ASP.NET is mechanized and automatically does the work for you whereas PHP only comes up with the tools.

So to clear up which is better, ASP.NET or PHP security-wise, ASP.NET would be the correct choice.

Many PHP developers are provided with tools, thus resulting in app vulnerability. PHP is the clear winner for the reason that PHP is an open-source development framework whereas ASP.NET comes with free web hosting only.

The fee charged by Microsoft-owned ASP.NET is not high when compared to PHP’s free usage, it can make developers doubtful towards ASP.NET. Websites that use PHP have been designated topmost as compared to ASP.NET-built websites.

Two lists of websites built using PHP or ASP.NET to differentiate the popularity

Among these, some websites are extremely popular in both lists but the majority of famous websites are PHP developed.

Support and Resources in ASP.Net vs PHP web PHP is open-source and its pool of developers is much greater than ASP.NET since it’s free.

The ASP.NET community consists of highly committed developers who are nurturing and helpful to their community despite the number is not as high as PHP.

In contrast to this, PHP is such a widely used language that there are lots of friendly developers active on different forums who are more than willing to offer free suggestions, guidance, or enlightenment to those who request it.

The PHP community consistently comes up with solutions to the obstacles faced during the PHP web apps development process.

Tools and Editors for ASP.Net vs PHP PHP developers can access a bunch of functional editors.

PHP developers like to work around text editors like VIM and Notepad++, there are a couple of good and free IDEs, such as Eclipse.

ASP.NET holds a firm learning curve because of written in C# while PHP is uncomplicated and easy to learn.

However, most ASP.NET developers rely on Microsoft’s Visual Studio Editor to develop .NET applications, it is backed up by a variety of IDEs that might cost you.

ASP.NET offers piles of tools and in-built features which authorize the developers to create websites with no problems.

Platform Dependency for ASP.Net vs PHP ASP.NET as compared to PHP does not give that freedom, as PHP is platform-independent and can run on any platform, such as Linux, UNIX, Windows, and Mac OSX.

ASP.NET runs on the Windows platform only.

It is the reason behind the large audience and powerful community of PHP.

Which technology (PHP or Asp.net) should we prefer for our application or website development project?

PHP is the language that comes with the lowest learning curve whereas ASP.NET is a fast and reliable framework to use both PHP and ASP.NET have a fair share of pros, and thus it is wise to select one as per the specific requirement of your project. But if you still can’t decide between the two, and if you need any further assistance, you can contact us.

Why use ASP.NET for web development?

Because it is reliable, fast, easy to use, free, and widely known. ASP.NET gives you full control of your development and can be used on any project big or small.

in conclusion on Web Development Framework

We have included all the major parameters in this article and I hope the above differentiation parameters between the two languages help you choose the best one as per your needs and requirements.

Both PHP and ASP.NET have a fair share of pros, and thus it is wise to select one as per the specific requirement of your project. Make your decision wisely depending on the in-depth analysis of the differences.

But if you still can’t decide between the two, and if you need PHP and asp.net website development assistance, you can contact the Web Developer Team.

Our Web Development Team members are always ready to help you with your web app development project.

Best Apps For Secret Texting (The Encrypted Messaging Apps in 2022)

The Most Useful Features Of Uber App [Quick Read]