What is a Cross-Platform Framework?

To elaborate on the concept of a Cross-platform app development framework in simple words, we can say that a software acquiring the ability to run on multiple computing platforms creates the foundation by coding once to run the apps efficiently on all the platforms without doing coding separately for all of them for say, Android, iOS, Windows, etc.

The demand for the cross-platform framework has increased over time because with minimal efforts businesses can reach a wider audience making it an effective and one-of-a-kind technology. 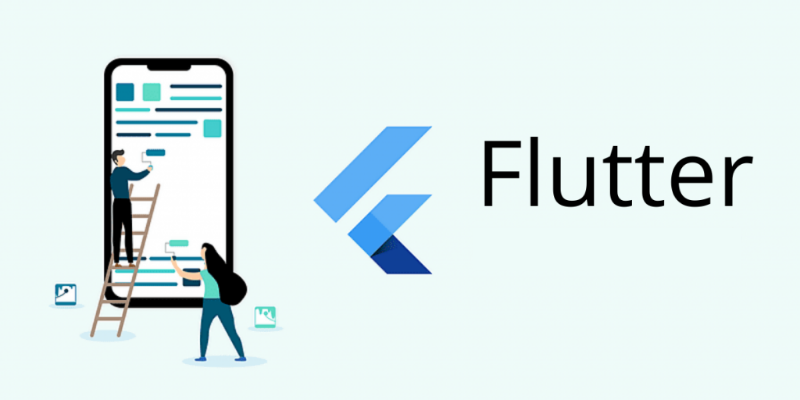 An impressive open-source cross-platform app framework was introduced to the market by Google in May 2017. In this period Flutter succeeded in creating an exclusive image with its feature that offers apps to run uniformly and dynamically on multiple platforms.

What makes Flutter different from others is it uses Dart programming language instead of JavaScript. Because of the hot-reload feature, the flutter app developers can see changes in code in real-time in Flutter. Along with both iOS and Android, Flutter is a prime method to create the applications for the Fuchsia OS.

Top apps made with the Flutter framework

Flutter framework increased the development speed in a shorter period with reduced cost. It supports a bunch of ad formats which include a banner, video, and native ads to earn revenue.

Flutter framework can be used for simplifying the process and creating an attractive design and working faster.

Reflectly works as an AI powered that uses Flutter framework because of the re-usability of code it allows. 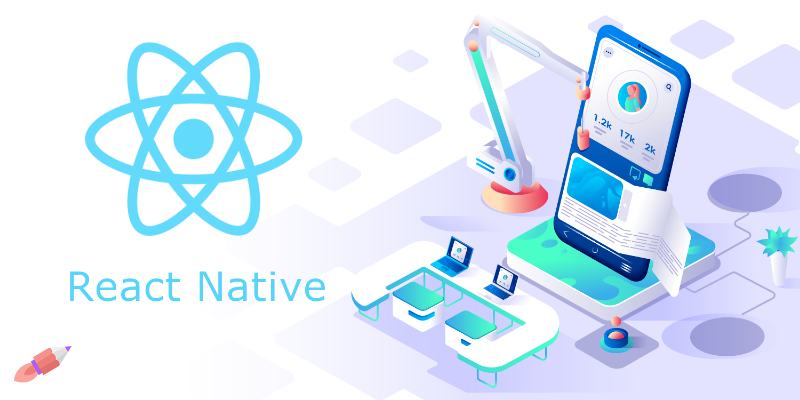 today its developer community is growing by giant strides.

As it is built on JavaScript, it gives a native-like feel for both iOS and Android platforms and it is easier to build automatic UI interfaces.

Despite being based on JavaScript; React Native consists of CSS-like polyfills and JSX. Additionally, in React Native there is no DOM API. The unique selling of React Native is that it integrates the benefits of ReactJS and JavaScript. The developers also have the privilege of creating some parts using Java, Swift, or Objective-C.

With a Native solution, Instagram was able to deliver the app considerably more quickly.

With the use of React Native, Walmart was able to increase the app’s speed on both iOS and Android in shorter period.

React Native gave Wix Native outcomes along with the speed and agility of web app development. 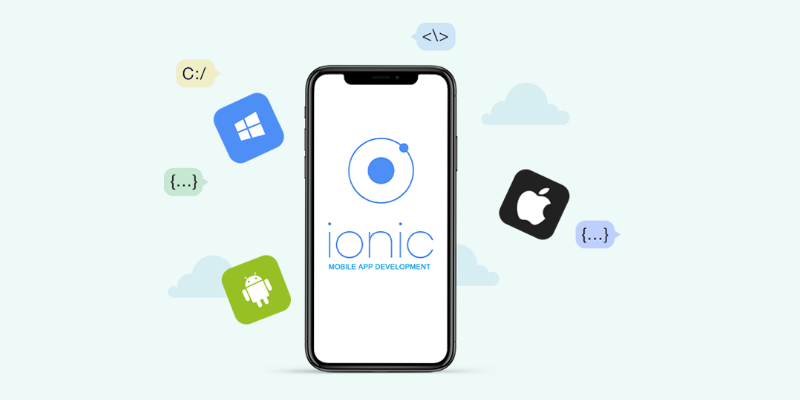 Ionic framework made in 2013 by Adam Bradley, Max Lynch, and Ben Sperry is based on AngularJS is by one of the most popular cross-platform mobile development frameworks. The primary components of Ionic’s dominant version were Apache Cordova and AngularJS.

The mobile applications that are built with the Ionic framework are hybrid HTML apps because of the Apache Cordova principles. The unique feature of these apps built with Ionic is that it runs in a particular shell on smartphone devices. For instance, the applications run on UIWebView for iOS and WebView for Android.

Ionic framework gives access to the developers to add user-centric features as well as to design creative user interfaces. The user interfaces are designed so pleasing to the eye that users remain engaged in the app for extended durations. Mobile app development projects designed through Ionic are so native-like that the Ionic framework is used in PWA development also.

Top apps made with the Ionic framework

As a cross-platform app, Ionic allows Just Watch to be available for download on an Android or iOS device for free.

It provides Pacifica with stability with high performance and a clean default UI. 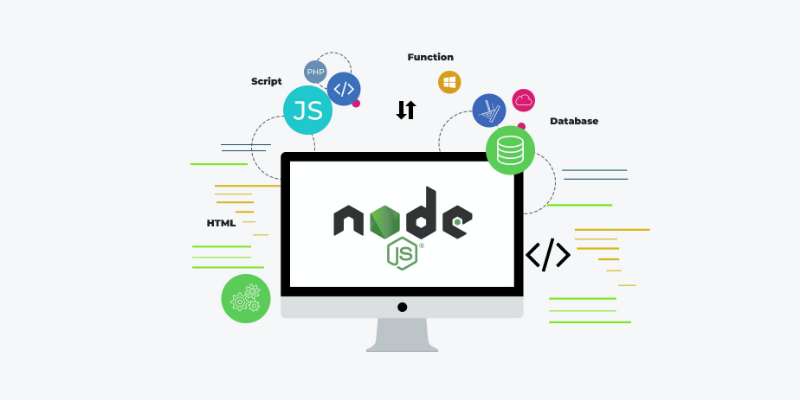 Node.JS is a chrome V8 JavaScript engine-based cross-platform app. The feature that stands for Node.Js exclusively is that this cross-platform mobile development framework can remodel JavaScript into a general-purpose language from an extremely specialized language. It renders an open-source environment that helps within the development of ascendable and server-side network applications.

Node.JS becomes fast as the V8 engine presented in it compiles JavaScript to machine code instead of executing it as bytecode. The framework consists of an extensive library of various JavaScript modules which helps in handling many concurrent connections parallelly. The mobile app development projects built through this cross-platform app development framework are highly responsive.

Top apps made with Node.Js framework

Node.js in Linkedin advantages the app by powering the server-side of LinkedIn’s mobile app.

Node.js in Netflix allowed it to build fast, dynamic, and lightweight applications by reducing its app load time by 70%. 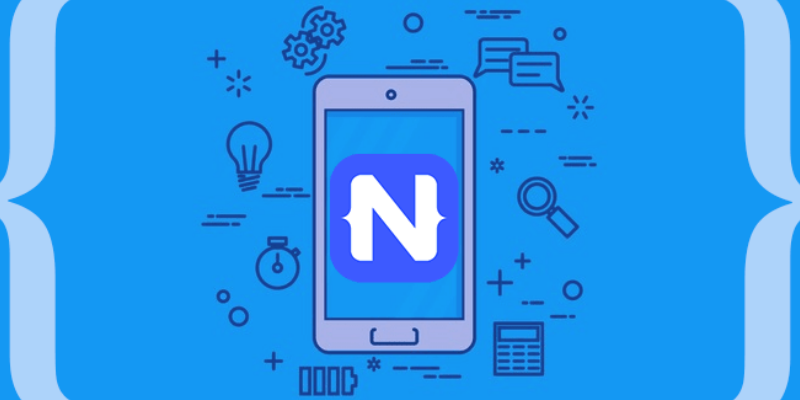 NativeScript has its place amongst the most popular cross-platform mobile development frameworks because of the feature it has of offering convenience to developers who don’t need to install extra plugins for different functions. Moreover, the platform is aptly suited to work on Write Once, Run Anytime (WORA) functionality so the fuss of coding separately for different platforms is avoided. Additionally, the developers can use the existing plugins as NativeScript has all native APIs.

Top apps made with the Native Script framework:

With the use of Native Script, the Strudel app is supported by a native interface which gives the ability to launch the project faster.

NativeScript development in the Regelneef supports to monitor energy consumption and predicts costs for the next month.

Why Choose Cross-Platform for App Development?

Opting for these frameworks for app development opens the door to multiple benefits of cross-platform for speeding up digital growth. To survive in the competitive market strongly it has become mandatory to take the advantage of the right available resources. Choosing cross-platform can help you accelerate your business with excellent performance.

As it is acknowledged that the developed application can run over all platforms, it is simpler to keep up with the modifications or the structure of the code to be sent. Alterations can speedily be synced and monitored over multiple platforms and consequently, time and money can be saved. Besides, debugging in the code can be done once and for all.

Cross-platform mobile applications are entirely compatible and have the capacity to exploit various plugins incorporated with the cloud settings. In other words, the single source code is composed of different plugins and extensions to improve the application’s scalability and usefulness for all the platforms.

The reusable code base allows you to debug and add enhancements on all platforms once and for all.

Positioning an app on multiple platforms broadens your market reach and strengthens your market presence. It is crucial to acknowledge that an application that is universally accepted will have a much more significant impact on your business revenues than an OS-specific application.

Cross-platform development facilitates your reach to the broader consumer market by exhibiting your application on multiple platforms. This feature multiplies your revenue opportunities

When customers approach a business, they expect to enjoy a consistent virtual user experience while finding their products and services on every platform. We can say that convenience is all that they look for. Customers make up their minds within a fraction of seconds if their expectations are not fulfilled. So businesses have to anticipate the needs and act faster to not lose customers.

Cross-platform application development can speed up product development and launch because it relies on a shared codebase. These frameworks help in building the applications faster and make them more responsive to customer feedback by narrowing the overall development lifecycle.

Which are other cross-platform app development frameworks?

Which approach does cross-platform app development use?

Cross-platform app development uses the approach of Write Once Run Anywhere to increase the code reusability and decrease the development cost of the applications.

Which programming language is the best for cross-platform app development?